A stronger local asset management industry could be an important part of the state’s economic diversification, according to panellists at a recent Committee for Economic Development of Australia lunch. 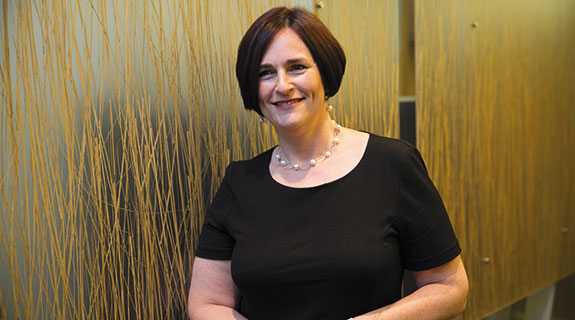 A stronger local asset management industry could be an important part of the state’s economic diversification, according to panellists at a recent Committee for Economic Development of Australia lunch.

Among those at the event was Azure Capital chairman John Poynton, who says almost $35 billion from bodies such as state superannuation fund GESB and the state Treasury are sent interstate for management each year.

If the local sector is unable to provide sufficient service, locales such as Singapore also offer opportunities for capital, due to its enormous financial industry and political stability.

In the past decade, UWA produced 54 patents and 27 startup companies, Professor Johnson said.

“And in part it is hard work because … we don’t have the density of relationships between the university sector, business community and financial sector here in WA.”

Professor Johnson said it was often the case in overseas tech hubs that capital for commercialisation would come from within the region.

“In Silicon Valley the overwhelming proportion of all funding for (startups) comes from investors who live within 100 miles radius of Silicon Valley,” he said.

Mr Poynton said there had been some interest from Asian money managers in drawing on Australia’s vast savings pool, while the country had also benefited from strong foreign investment.

“It’s not as if we’re short of capital, it’s just not being deployed,” he said.

But he added that we should be open to foreign investment.

Such investment had been of particular benefit to hospitality, which Mr Poynton said had been the locus of substantial Asian interest this year.

That inflow augured well for the future of the state’s economy, with investors predicting a strong long-term outlook for the state.

The flexibility of the ASX around reverse takeovers would strengthen availability of capital for WA companies, too, Mr Poynton said.

She said with low margins and slow growth in the industry, businesses relying largely on debt funding would struggle.

Businesses in remote and regional areas would also need support to be able to embrace technology, Ms Daubney said.

“(The) lucky farmers have mobile reception,” she said.

Doing so would improve productivity and increase competitiveness for agricultural exports, she said.

A potential harbinger of growth in WA’s technological capability will be the Square Kilometre Array radio telescope, which will be built partially in the Murchison region and involve researchers at UWA. Servicing its capabilities will require a significant level of technology infrastructure.