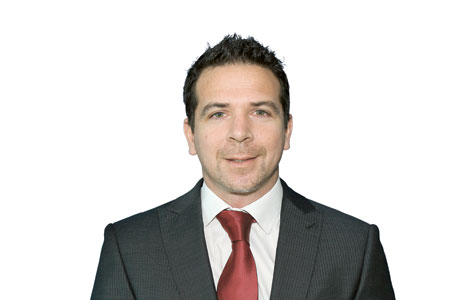 As the slowdown in mining and exploration starts to bite across mining and related industries, company executives are faced with a choice of tightening their belts or letting them out. It’s a vexed question that goes to the heart of investment strategy and may well decide a company’s future.

However, this raises questions in relation to building shareholder value. Does spending less on capital projects in uncertain times contribute to increased value for your shareholders, or does it ultimately destroy it?

It is a good idea to keep a close handle on what your competitors are doing. Simply following your competition might result in a failure to take advantage of opportunities.

Balance sheets, fund investments and current cash flows should be viewed in perspective. If you have capacity to invest in value-creation opportunities for the shareholders, the time to do so might be when your competition is reining theirs in.

A sound investment strategy aimed at building shareholder value must have a balanced project mix with the internal capability to execute the strategy.

Building internal capacity by developing people and leadership skills, investing in technology, and refining process flows can save money in the long term, while preparing for tougher times in the future.

However, is it realistic in uncertain times to assure shareholders that investments will achieve the desired returns?

Deciding how much to commit to capital, and which projects to commit to, varies by company. In chaos theory pioneer Edward Lorenz’s concept of the ‘Butterfly Effect’, he describes how ‘One flap of a seagull’s wings would be enough to alter the course of weather forever’. The concept explains how infinitely small events in a system may bring about significant, though not entirely predictable, effects. This unpredictable behaviour is caused by the existence of an interdependent relationship of variables in a system. And it has profound implications for capital project modelling.

Conventional measures such as return on investment or net present value cannot be used independently in project evaluation. Sensitivity (variability) and scenario analysis should support decision-making.

In an economy on a downturn, projects with fewer interdependencies should take precedence as their outcome can be more accurately predicted. For example, investing in an application to compute carbon emissions will not only save costs, but also ensure statutory compliance. A project of this nature has relatively few interdependencies as it involves straightforward mathematical calculations.

Regardless of company size, an investment framework should allow for a rigorous review of project dynamics. Scenario and sensitivity cash-flow analysis will provide insight with feasibility analysis, and using the appropriate software will facilitate this process.

This brings us to the concept of short-term versus long-term thinking using Warren Buffet’s broad investment philosophy as an analogy.

Mr Buffet says investors should put their money into organisations with strong fundamentals, as they are most likely to recover from short-term cyclical variations. Therefore, while the temptation in a weak equities market is to sell, the Buffet logic that fundamentally sound companies will recover in the long term says that this is the opportunity to buy.

Such an approach may well present significant opportunities in the current economy, as many service providers and suppliers will be feeling the pressure. These companies may be prepared to offer better pricing and payment options and now would be a good time to purchase from these service providers.

In tough economic times the human tendency is to tighten the purse. However the potential for such decisions to destroy shareholder value cannot be ignored. The real question is not so much whether to spend or not, but rather which capital projects will create the most value for your shareholders with just one flap of the seagull’s wings?