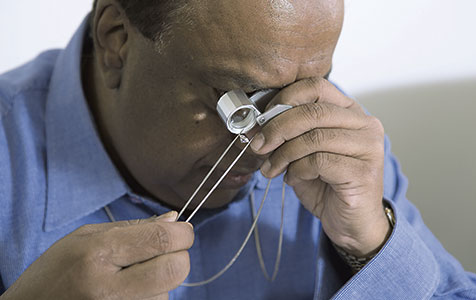 Western Australian-based Golden Saint Resources is venturing to London to drum up capital to develop its diamonds assets in West Africa.

A subsidiary of Golden Saint Australia, the miner is in the midst of an initial public offering with the deadline for listing on the Alternative Investment Market set for July 18.

It's a two-month delay on initial plans to complete the listing by the end of May, but Golden Saint Resources has been buoyed by investor interest.

Roadshows in Australia and Asia have raised £2.5 million, with a further £1 million underwritten. The company's initial goal was £3 million, but chairman Cyril D'Silva told Business News the solid response motivated the company to increase targeted proceeds to £5 million. He said Golden Saint Resources' patience set it apart from other junior miners and consequently sparked interest from investors.

"A lot of companies just put tenements together and then try and go for an IPO; we've actually worked on it for three-and-a-half years," Mr D'Silva said.

"Most exploration companies are about burning capital, whereas we've got a different plan and we can actually get revenue within the first 180 days, so that makes it exciting for people."

Investor interest has also been easier to come by given that the company is focused on diamonds rather than any number of hopefuls struggling to get cash to develop out-of-favour gold or iron ore deposits.

It was also the reason Golden Saint Resources was listing on the AIM instead of the Australian Securities Exchange.

"If you look at diamond stocks here they are like one or two cents (per share), whereas Europe understands diamonds."

The IPO will be priced at 10 pence per share.

The proceeds will be used to explore the company's primary diamond deposits, while about $500,000 will be spent getting an alluvial production process up and running.

Mr D'Silva said initial production from alluvial mining and shipping of about 1,500 carats was expected within three months of the listing, with income forecast for within six months.

Without extraction from the primary deposits Golden Saint is intending to explore, the Sierra Leone operation could run for six to eight years purely from alluvial diamond deposits.

The overarching Golden Saint Australia business also holds gold and diamonds assets in Liberia, which operates as another business under the name Golden Saint Liberia.

It's in the process of a reverse takeover of an ASX-listed company Narhex Life Sciences, which was listed on the basis of researching and commercialise drugs for the treatment of HIV and AIDS.

The parties entered a heads of agreement last year and Narhex is carrying out due diligence of the Liberian project, with a final outcome and reinstatement to trading planned for September.

Mr D'Silva said the option to split the Sierra Leone and Liberian assets was purely down to different markets taking interest in different commodities, but it had taken some time before that outcome was reached.

Golden Saint Australia previously operated as a single company and was seeking vertical integration, including buying a retail jewellery business in Australia.

"But the price was too high; it was probably a bit too early as well, so we dropped that idea," Mr D'Silva said.

However Mr D'Silva is confident about the company's direction and ability to achieve its goals.

"If you can do well in a market like this then you're primed for success; it means you've got a good company," he said.