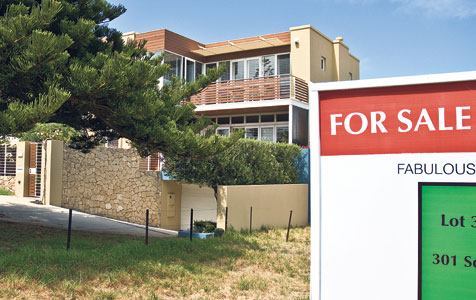 However, year-on-year, RP Data said Perth home values were up 3.2 per cent.

REIWA president David Airey said there was a marginal decline in sales volume in September, which has historically been a slow month for transactions with Father’s Day, the Royal Show and the AFL finals interrupting the flow of the market.

“Although there was a pickup in sales at the end of September, numbers overall for the quarter were down by 7 per cent on the June quarter and down 15 per cent on the same time last year,” Mr Airey said.

Mr Airey put the increase in median home values down to a compositional shift in sales – with an increase in turnover close to the city.

Increased turnover in September occurred in the eastern and western parts of the City of Stirling, the cities of Fremantle, Vincent and Melville and the Town of Kwinana.

Sales fell away in Joondalup and Belmont.

In the rental market, vacancies remain above average at 4 per cent, but the number of listings in September dropped by 150 compared to the previous month.

“Typical rents for houses have dropped $10 over the last three months to $450 per week, while rents generally for units and villas have dropped by around $15 since June to about $430 per week,” Mr Airey said.

Across Australia, RP Data said capital city dwelling values were up 0.1 per cent in September, for a 2.9 per cent gain over the previous quarter.

But the flat September result masked falls in five of Australia’s capital cities, with only Adelaide (0.9 per cent), Sydney (0.8 per cent) and Brisbane (0.7 per cent) recording gains.

“A moderating annual trend, as well as the relatively flat September result, is likely to be welcome news to policy makers and potential buyers after the winter months recorded the largest capital gain since 2007,” RP Data research head Tim Lawless said.

“The softer September result is also likely to be seen as a positive indicator by the Reserve Bank, which has recently raised concerns about the level of value growth and speculative investing in the Sydney and Melbourne housing markets.”