Bayswater company Capital is developing a major new facility at Henderson that it believes will reaffirm its status as the state’s major recycler of construction and demolition waste, while also opening up opportunities in other waste streams. 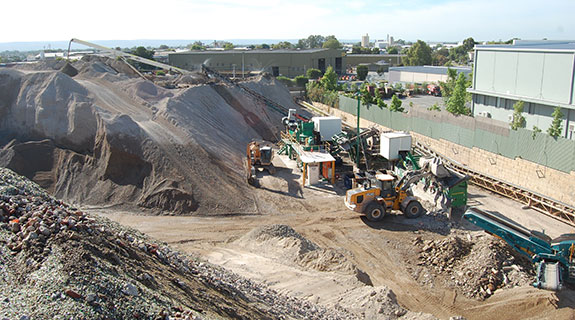 Bayswater company Capital is developing a major new facility at Henderson that it believes will reaffirm its status as the state’s major recycler of construction and demolition waste, while also opening up opportunities in other waste streams.

Capital expects to open the 54,000 square metre facility in the next two months, subject to final licensing and approvals.

It follows the sale of its smaller Bayswater site earlier this year to Instant Waste Management.

Capital also has an 18,500sqm site at Welshpool, which Mr Gullotto said would be retained.

“To grow the business, we needed to get a better spread across the city,” he said.

“It’s all about location because transport is the biggest cost factor in what we do.

Mr Gullotto said the new site was larger and more flexible than Bayswater.

“The larger site means we can look at other waste streams that we can further recycle, over and above the C&D waste,” he said.

Mr Gullotto said the company’s main focus would continue to be C&D recycling, which worked hand-in-hand with its demolition business.

“We do a lot of projects where we take material from a demolition, bring it back to our facilities and put it through the process, and return it to the site as a road base or clean fill ready for the new project,’’ he said.

“It’s very much a closed circle on the recycling loop, and that creates a lot of interest with our customers.”

“Too many contractors are demolishing buildings and filling holes with the spoils instead of using it as a valuable commodity and turning it into a road base or aggregate,’’ he said.

“Everything we manufacture goes through a very strict testing regime.”

Mr Gullotto said Capital had maintained all existing contracts despite the sale of the Bayswater site.

Mr Gullotto said last year’s 400 per cent hike in the landfill levy had led to a big inflow of material to recycling yards, but onerous state government testing requirements limited the use of recycled materials.

“The increase in the levy generated a massive inflow of concrete and rubble to our facilities, but without government support like every other state in Australia, who is going to use the extra product once we’ve recycled it?’ he said.

“We’ve all built up our stockpiles, with no increase to the market.

“There’s a lot of frustration.”

Environment Minister Albert Jacob is due to launch a $10 million scheme this month designed to promote the use of recycled C&D materials by local councils.

Mr Gullotto said he was sceptical about its success without changes to the testing guidelines applied by agencies like Main Roads Western Australia and the Department of Environment Regulation.