Canning plans more on the Fringe

Artrage was founded as an alternative arts organisation, yet under chief executive and former 40under40 award winner Marcus Canning, its turnover is heading towards $20 million. 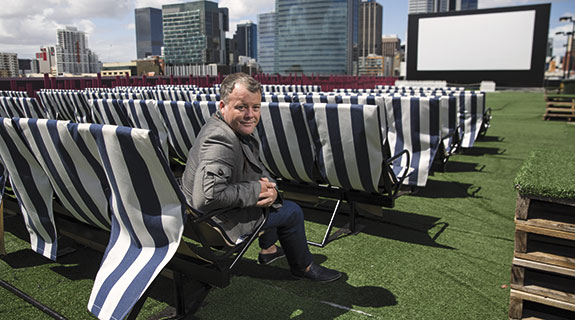 Artrage was founded as an alternative arts organisation, yet under chief executive and former 40under40 award winner Marcus Canning, its turnover is heading towards $20 million.

Twenty years ago, when he was a young fine arts graduate from The University of Western Australia, Marcus Canning watched many of his peers leave Perth.

“You had to get out of Perth, that’s what most people thought,” Mr Canning recalls.

“I decided my interest was getting new places up, and making things happen in Perth.” 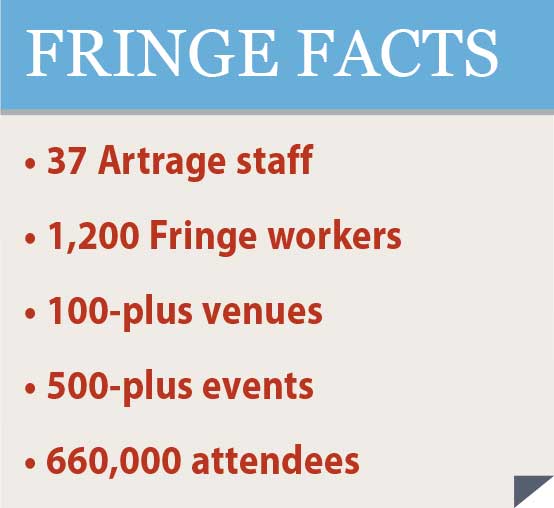 His first venture was the Jacksue Gallery, a “very underground” space in Murray Street that appealed to his peers, a keen but potentially limited audience at the time.

In his current role – chief executive of Artrage and its major venture, the annual Fringe World Festival, not to mention chief popcorn pusher at Rooftop Movies – Mr Canning heads an organisation that appeals to tens of thousands of people.

“And about half of that will be artists’ fees.

“A lot of the assumptions about running a not-for-profit organisation … we’ve turned that on its head.”

Perth’s Fringe World Festival is the third-largest fringe festival globally, and Mr Canning’s goal is to make it the strongest in the world.

‘Strongest’ is a very carefully chosen word, and contrasts with an earlier goal to make it the world’s leading “boutique’ fringe festival.

The festival generates most of its own revenue from ticket and bar sales, with the 2015 event selling 250,000 tickets and total attendance reaching 660,000.

Considered a mainstay for most arts organisations, Department of Culture and the Arts funding is less than 2 per cent.

Mr Canning identifies several contributors to its success, including, he readily admits, timing and luck.

Another was to challenge the traditional model of fringe festivals like Edinburgh, which don’t produce their own shows.

“We said we were going to produce the core of it, so we could fast track its growth,” Mr Canning said.

“We also want the cultural stimulus and the economic stimulus to stay here.”

The festival’s purchase of its own Spiegeltent, with support from Lotterywest, and the connection with families in Europe that have owned Spiegeltents and run their own festivals, was another key ingredient.

“The other big key is the brand, and how that evolves each year,” Mr Canning said.

“We don’t use the A word, art, it alienates a lot of people.

“It should feel like being at your friend’s backyard barbecue.”

Mr Canning said he spent two to three years talking to people about Fringe’s potential before launching the pilot season in 2011.

Following the early success, he was amazed when Lotterywest provided extra funding, so that Artrage could work with an external consultant to strengthen its business plan.

“We went with Deloitte because they were straight business,” Mr Canning said.

Deloitte’s Anthony Robinson led that engagement, and is now chairman of the Artrage board.

As well as Lotterywest, Woodside Petroleum has been another backer from the outset, and both organisations have committed further support.

Mr Canning’s role has evolved, particularly after he handed the role of festival director to Amber Hasler.

He said bringing in new people and enabling young people to develop was a critical factor in the success of Artrage and Fringe World.

That enabled Artrage to constantly “surprise and delight” not just external audiences, but themselves, Mr Canning said, while ensuring the organisation did not become bureaucratic or set in its ways.

“That’s my worst nightmare,” he said

With Bunk the dog a regular visitor to the office, there seems little risk Artrage or Fringe World are going to become too mainstream any time soon.