The federal government has responded to Andrew Forrest's Creating Parity review by announcing plans to award 3 per cent of all supply contracts, worth an estimated $135 million per year, to indigenous businesses. 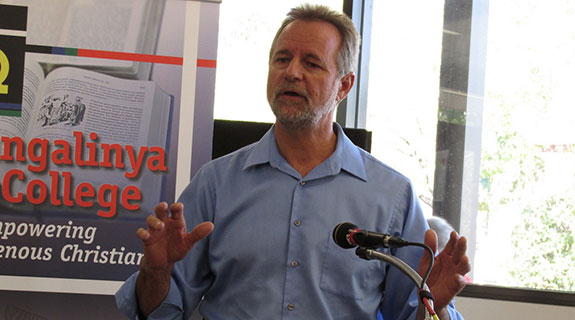 The federal government has responded to Andrew Forrest's Creating Parity review by announcing plans to award 3 per cent of all supply contracts, worth an estimated $135 million per year, to indigenous businesses.

Indigenous Affairs Minister Nigel Scullion said from July 1 the Commonwealth would have targets to increase indigenous employees in the public sector and leverage the Commonwealth’s $39 billion in annual spending to build indigenous businesses and boost employment.

“Indigenous businesses currently only secure a very small amount of government business – far less than 1 per cent, or about $6.2 million,” Senator Scullion said.

“This is despite existing exemption policies which make it easier for public sector agencies to purchase from indigenous businesses.”

Finance Minister Mathias Cormann said the target was for the Commonwealth to have 3 per cent of its procurement contracts with indigenous suppliers by 2020.

“This equates to about 1,500 contracts each year by 2020. In dollar terms, this will be around $135 million each year,” Senator Cormann said.

He said the reforms were part of the government’s response to Mr Forrest’s ‘Creating Parity’ review, and the Commonwealth would be leading by example by increasing its own indigenous workforce to 3 per cent by 2018.

The government will hold the public sector agencies and departments to account for achieving both the procurement and public sector employment targets, Senator Scullion said.

“These reforms, along with changes to the Remote Jobs and Communities Program announced in December, are a down-payment on areas identified in the Forrest Review,” he said.