Can’t see the Forrest for the trees 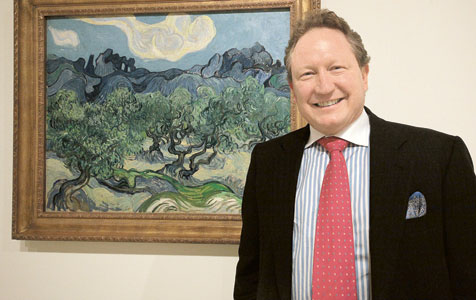 I have often wondered aloud, and in writing, if billionaire mining magnate Andrew Forrest’s next career might be in politics.

After all, he has probably done all he needs to do in business, he’s young and energetic enough to embark on a new venture, he’s mixed it with Canberra and held his own and, quite importantly, he has the private funds to make him independent of the political need to please others.

Goodness knows, if Clive Palmer can do it, surely Mr Forrest could match that performance?

Of course, Mr Palmer’s efforts are exactly the sort of thing that would most likely put off someone like the Fortescue Metals Group founder from running for public office.

Mr Forrest played his political cards early during the mining tax. He was there front and centre trying to negotiate a better outcome for his business and the industry, as he saw it.

In some ways, in doing that, he has already had a crack at being the jet-setting billionaire taking on Canberra. Maybe it was not all to his liking – something that would be perfectly understandable to most of us.

Another put off would the treatment handed out to fellow iron ore magnate, Gina Rinehart.

Her entry into the political sphere – airing her views in the press and then trying to gain a board seat on media giant Fairfax – have generated much hostility against her.

Her detractors attack her in a rude, personal and often anonymously delivered ways that would be unacceptable if it were directed at any other figure, public or private.

It is exactly the kind of treatment Julia Gillard has railed against, except it is coming from the prime minister’s side of politics.

Ms Rinehart’s wealth, it seems, is the problem. Everyone has a suggestion for how she might be relieved of it, except using it to speak out on political matters.

It seems we want our rich to be seen, not heard and, preferably, paying a lot of tax.

It would be a pity if Mr Forrest truly had political aspirations but left them behind because he did not want to be seen as copying the bumbling Mr Palmer or experience the vilification encountered by Mrs Rinehart.

Personally, I would welcome this kind of leadership.

It is clear to me that having wealth does not make anyone stereotypically rich – everyone with or without money is different and those with skills that suit leadership ought to be able to apply them in public life.

In Mr Forrest’s case, this is a man who has made mistakes but still won people over. He has successfully navigated the treacherous field of start-up business and muscled in on the action of global giants.

Mr Forrest has met the leaders of our major trading partners and shown empathy with the most underprivileged of our nation, our indigenous people, and around the world, those bound in slavery.

He has made hard decisions that have cost people their jobs and livelihoods. My guess is that was not done lightly, even if it had to be.

He understands efficiency, innovation and the need for flexibility in our economy. He better understands the new face of Australian industry than most business leaders.

That kind of experience would be more appropriate in the leadership of our nation (or state, nudge, nudge, wink, wink) than a history as a union hack or any of the others that have done so much damage to Australia’s world standing and competitiveness during the past five or six years.

I thought it was brilliant that Mr Forrest has added the chair of the Foundation of the Art Gallery of WA to his curriculum vitae.

I just hope it is not some form of gentle retirement from the hurly burly of public life. That is where he belongs – either in the tent or outside of it.