Can-do Rason was going for gold

The entrepreneurial sub-culture of WA business was established more than a century ago. 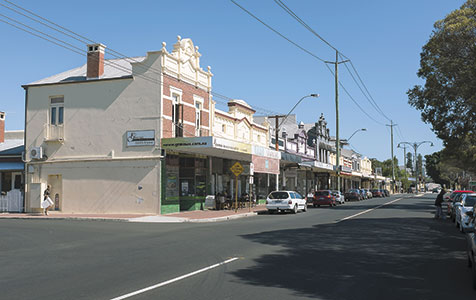 The entrepreneurial sub-culture of WA business was established more than a century ago.

Many years ago, when Perth was a much smaller place, a few business journalists (including this columnist) established a dinner club where they could share a few stories.

It was very collegiate, possibly because we had all worked together at some time or another when this city and its associated business sector were significantly smaller than they are today.

While that was destined to change as Perth became more competitive, it was good laugh and we heard a few great tales from some major business leaders.

The club was aptly named after Sir Cornthwaite Rason, a former premier of the state whose history was unearthed by the club’s administrator, Paul Downie, in the days before Wikipedia was a twinkle in some internet entrepreneur’s eye.

Most of us in the ‘club’ had been around for at least the aftermath of the 1987 stock market crash (I lost my first job due to the market dive, an event that led me towards journalism) and had covered business during those ugly days of WA Inc revelations.

As a result, Sir Cornthwaite, who had tried his hand at everything from politics to mining services and had faced bankruptcy a couple of times over, seemed the perfect namesake for our club.

I was always struck by how many things he had put his hand to in those days of the fast-developing colony. I don’t suggest it was a good thing, but it was reflected in the pedal-to-the-metal entrepreneurs a century later who thought nothing of buying mining companies, media groups and breweries all funded by a pile of debt.

I am guessing Gold Estates will not mean much to many readers. To be frank, the business had evaded my attention, too, despite my more-than-passing interest in land development. And that’s despite its current existence as Gold Estates Holdings Pty Ltd, chaired by well-known former stockbroker Geoff Anderson, and including former Gull Petroleum fuel retailer Neil Rae and real estate agent Ian Hoad on its board.

As a result of handful of ongoing sub developments, such as Thomsons Lake, Gold Estates rates a brief mention on our land developers’ list. It has been associated, by way of management, with Richard Noble & Co for decades.

Otherwise I was pretty much in the dark, until this book came out.

The best bit is really the early days, before the turn of the 20th century and just afterwards, when, like Sir Cornthwaite, Gold Estates tried a bit of everything.

Given the tiny size of the Swan River colony and the then-fledging state of Western Australia, it would be surprising if the former premier and this entity were unknown to each other, but I have spied a link yet.

Gold Estates was the product of coincidence between the discovery of significant gold deposits around Coolgardie/Kalgoorlie and buoyancy in the London Stock Exchange. It was incorporated in 1894 and was one of a staggering 690 WA-focused gold mining companies floated on the LSE in a two-year period. That makes the spate of WA mining floats of the past decade a trifling matter.

The mining business, like many, was a tad disappointing, despite the company having good and honest people on the ground in WA and, over the years, all sorts of exotic locations such as Africa.

What the London-based directors did do differently, though, was speculate in land, both in the Goldfields and Perth.

The group ended up with some large tracts of developable land around what we now know as the metropolitan area. Of course, much of it was bush or farmland in those days.

The ribbon of land stretches from the river near Mercy Hospital to the Mount Lawley Golf Club, neither of which existed of course, bounded today on the south-west by what is First Avenue and to the north-east by roads one block past Tenth Avenue.

It was originally known as the Pineapple Estate, due to the name of a failed tavern in the area.

With gold booming and the population rising rapidly, such a location, with a perfectly good railway running through it from Perth to Guildford, was seen as opportune.