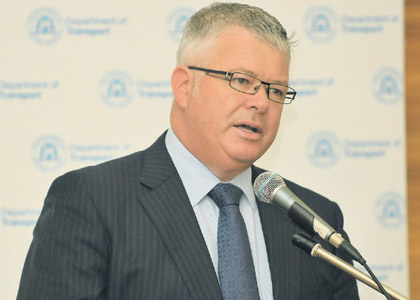 ON TRACK: Troy Buswell this week said it was ‘‘drawing a long bow’’ to suggest the government was walking away from light rail. Photo: Grant Currall

THE state’s political leaders have spruiked their transport credentials ahead of the March 9 state election, with Wednesday’s issuing of the writs marking the official start of the campaign.

Voters remain in the dark as to how much the parties’ major transport projects will set them back, however, with Treasury costings for the government’s light rail project and the opposition’s Metronet plan yet to be released, despite months of promotion.

Labor this week continued its drip-by-drip launch of its Metronet heavy rail plan, announcing an 11.5-kilometre east-west rail connection from Thornlie to Cockburn Central as part of the new ‘south circle’ line proposal.

“The suburbs to the south of the proposed south circle line are some of WA’s fastest growing, yet they lack access to a rail line,” opposition leader Mark McGowan said.

Two new stations will be built as part of the plan, at Nicholson Road and Ranford Road in Canning Vale, and the line will eventually connect to Perth Airport to the east and Yangebup and Coogee to the west.

Meanwhile, Transport Minister Troy Buswell hit back at media reports this week claiming he had said the government was rethinking its light rail plan.

“It is drawing a long bow to suggest we are walking away from light rail,” Mr Buswell said.

“The point I simply made today was the election campaign has four and a half weeks to run and our public transport announcements will be made during that time.”

Mr Buswell has so far been coy on the cost of the government’s light rail project. The project has been heavily promoted through the government’s $1.5 million ‘big picture’ advertising campaign.

The transport minister hit the road this week to promote the government’s suite of upgrades to the Mitchell Freeway.

Work is set to start on ‘widening’ the Northbridge tunnel next month, with the extra lanes to be open to traffic in May, while Abigroup has been awarded a $31 million contract for the construction of an additional northbound lane between the tunnel and Hutton Street.

“This $57 million project is part of a bigger package of transport solutions to improve the operation of the CBD road network and address the challenges associated with Perth’s increasing population,” Mr Buswell said.

Mr McGowan announced this week that a Labor government would build a new ‘circle freeway’, allowing uninterrupted travel across major roads. Under the plan, all sets of traffic lights from Kwinana Freeway to Perth Airport, Tonkin Highway to Reid Highway, and Reid Highway back to Mitchell Freeway would be removed.

Labor says the roads plan will fall under the $3.8 billion price tag it has put on its Metronet policy. That figure has been disputed, however, with Mr Buswell putting the cost at $6.4 billion.

Opposition treasury spokesman Ben Wyatt said the government had engaged in “deceptive and misleading” conduct in claiming Metronet had been costed by Treasury.

“Mr Buswell stretching the truth is nothing new but we now find that the Liberal Party has been involved in a coordinated campaign of misleading media statements across the metropolitan area,” he said.

• See Mark Pownall’s column in this week's edition of the paper.