THE property industry has called on the government to offer further tax relief to stimulate the market, despite forecasts of a decline in property tax revenue as a result of the housing market downturn. 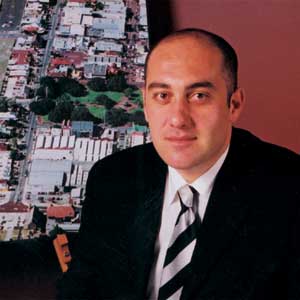 THE property industry has called on the government to offer further tax relief to stimulate the market, despite forecasts of a decline in property tax revenue as a result of the housing market downturn.

Property taxes remain one of the biggest revenue earners for state and local governments, with more than $4 billion collected from property taxes last financial year, according to the Australian Bureau of Statistics.

There is a wide range of property related taxes, but the largest revenue stream is the stamp duty on the transfer of property.

Western Australians paid $2.3 billion in stamp duties on property transfers in 2007-08, up almost 9 per cent on the previous year and almost 150 per cent higher than five years ago.

The amount of stamp duty payable on property purchase varies significantly for each state, with exemptions in some states, including WA, for first homebuyers.

WA property buyers have among the lowest stamp duty liabilities in the country, with about $17,000 of stamp duty payable for properties valued at $500,000 for non-first homebuyers.

RP Data national research director Tim Lawless believes governments needed to look at a stamp duty reprieve for other segments of the market, not just first homebuyers, to attract more buyers into the market.

"With the residential property market providing such a large component of state and local government budgets, it may be timely to examine stamp duty thresholds and the incentives available to mum and dad type buyers and investors," he said.

But the results for this financial year are likely to be down significantly.

The December quarter budget results showed stamp duty income from property sales had halved in the past year, with receipts down by more than $600 million in the first half of 2008-09 compared with the same period last financial year.

Land tax income has also almost doubled in the past five years, reaching $415 million in 2007-08.

"We've had situations where people own property they bought many years ago from a low cost base, and now values have risen they have this ongoing liability that's difficult to manage," he said

"Some people are being forced into a situation where they're being forced to sell family holiday homes they've held for 20 or 30 years because they can't keep up with all the taxes and charges."

In Perth, investors with several investment properties in the inner-city areas are facing tax bills of more than $20,000 a year, according to Limnios Property Group chief executive James Limnios.

"These high rates of taxes are acting as a deterrent for investors to purchase new investment properties, which in turn is accentuating the current rental crisis," Mr Limnios said.

But some tax relief could be on the way, with the state government foreshadowing land tax concessions for new house and land packages as part of the upcoming state budget.

The reintroduction of the concession, which was abolished by Labor in 2003, would allow developers to pay land tax and Metropolitan Region Improvement Tax on the lower undeveloped value of land rather than the full subdivided value of lots.