Apartment building defects have been thrust into the national spotlight via a series of major problems at east coast developments. 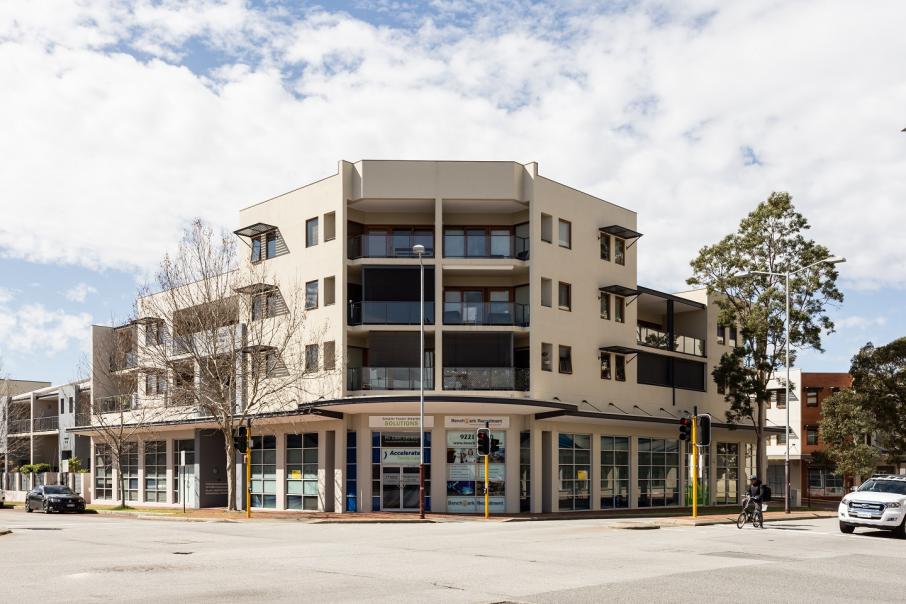 Buyers at Psaros’s Concourse Apartments in Northbridge have had to contend with waterproofing issues and concrete cracking in the building’s car park. Photo: Gabriel Oliveira

Apartment building defects have been thrust into the national spotlight via a series of major problems at east coast developments.

Industry groups are lobbying for more protection for Western Australian apartment buyers in case of building defects to ensure owners are not left holding the bill for major problems.

High-profile defects at east coast apartment projects, such as the structural issues encountered at Sydney’s Opal and Mascot towers, have increased scrutiny on multi-residential builders across Australia.

The pressure ramped-up last week after national broadcaster ABC described the situation as a “building crisis” in a recent Four Corners report.

However, Australian Apartment Advocacy director Samantha Reece said the report unfairly tarnished the reputation of the many reliable and reputable builders and developers in the apartments sector, and labelled it unfair and misleading.

“Contrary to the ABC report this is not a crisis, but rather an anomaly, which will now result in greater diligence from government, buyers and ultimately developers, who now need to rebuild trust and demonstrate that they are focused on quality,” Ms Reece said.

“But there is definitely some reform needed with consumer protection at a government level.

“And on an individual level, buyers should ensure they check out the builder and see if there is any pending legal action, as this is a red flag to avoid this supplier and their construction projects.”

In WA, apartment buyers at the Queens Riverside complex in East Perth were left to deal with extensive defects following the collapse of builder Diploma Group in 2016.

Buyers at Psaros’s Concourse Apartments on Stirling Street in Northbridge lodged a long list of complaints with the Building Commission in 2012 over unsatisfactory or defective works, including waterproofing issues and cracking in the building’s car park.

Other examples of defects experienced in WA include: the use of combustible cladding on several residential buildings; imported window assemblies that leak and do not fit; poor-quality plaster; malfunctioning services; and a lack of compliance with fire codes and standards.

While Strata Community Australia WA president Scott Bellerby acknowledged WA apartment owners were not facing the same level of building defects as their eastern states counterparts, he said the local industry was not immune to the issue.

“It isn’t prolific across the industry, but there are a few buildings over here that have significant rectification bills as a result of some defects,” Mr Bellerby told Business News.

“But I think we are in a slightly better situation than the eastern seaboard with regards to the ability to take action against the builder over here.

“In WA there is a six-year period where buyers can pursue the builder through the Building Commission, and if the claim is more than $100,000 through the State Administrative Tribunal, and generally a mediated outcome is reached at the tribunal.”

Despite the added protection for apartment buyers in WA as compared with the eastern states, Mr Bellerby said SCAWA would like an extension of the state government-backed building indemnity insurance scheme to cover multi-residential buildings of more than three storeys.

Building indemnity insurance gives a homebuyer recourse to pursue costs in the case of a builder or developer collapsing with unfinished or defective work.

“Too often we see a builder go under because they haven’t been able to deliver on quality builds, the claims mount up and then they just pack their bags and disappear and the owners are left holding the can and trying to fix the defects,” Mr Bellerby said.

He said a defect retention fund would also be a good step in WA; it would operate similar to a scheme being rolled out in NSW, where builders put aside between 2 and 3 per cent of the cost of constructing the building into a trust to hedge against the cost of rectifying defects.

“You can’t get it perfect, there are always going to be issues, so what we need is a bit of reassurance around that the builder can afford to come back and engage with the owners and make sure that the defects are rectified,” Mr Bellerby said.

“The difference when you are building a (detached) home is that usually the builder has the capacity to deal with defects, but when you are talking about an apartment building that can cost $50 million to construct, sometimes their liabilities are increased and that puts more pressure on them.

“It only takes one or two bad buildings before the builder then might find themselves in dire financial straits; if we had something like a building insurance scheme or we looked at a defect retention fund, the owners would be protected if the builder does disappear.”