Calls for $27m to market WA 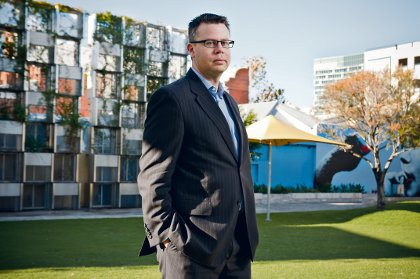 Evan Hall is calling on the state government to recognise the importance of tourism to WA.

Western Australia’s peak tourism body has called on the state government to commit $27 million to tourism marketing in the next budget to assist the flailing industry.

Tourism Council chief executive Evan Hall said the state government needs to invest in a future that is broader than just mining and launched the council’s Tourism 4 Tomorrow campaign today to help the push.

Mr Hall said WA is lagging behind other states when it comes to tourism investment, with New South Wales the only state that has a lower proportion of its budget invested in tourism than WA.

“Victoria is in the tourism business, Western Australia is only in the mining business” he said.

“We are calling on the state government to recognise the importance of tourism in the WA economy, starting with a $27 million injection in the next state budget.”

The Tourism Council said the cash should be placed into a Tourism 4 Tomorrow fund and spent on advertising and marketing for the state’s tourism industry.

“The government has done a great job investing in China tourism which is growing rapidly; this model should be extended to our other international and interstate markets as well,” Mr Hall said.

Figures from the council show WA’s leisure tourism is struggling and it puts that down to high costs brought on by the mining boom and lack of marketing dollars; In the 12 months to September 2011, WA lost 87,000 interstate visitors worth $130 million according to the council.

“The government needs to invest in tourism so there is more than mining going on in tomorrow’s economy,” Mr Hall said.