THE innovation and diversification of Californian businesses, and the rapid growth they have driven, hold valuable lessons for Western Australia’s economic development, according to some of the state’s leading policy minds. 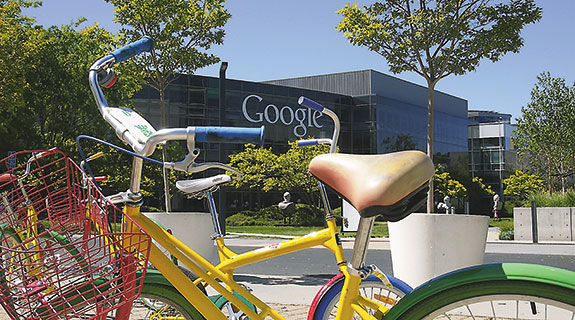 HUB: Silicon Valley is home to some of the world’s most creative technology companies. Photo: iStockphoto/Leo Copello

THE innovation and diversification of Californian businesses, and the rapid growth they have driven, hold valuable lessons for Western Australia’s economic development, according to some of the state’s leading policy minds.

In fact Australia as a whole is a good place to be a startup, venture capitalist Larry Lopez told a recent event at the University of Western Australia that examined America’s ‘place in the world’.

“As someone who does business in both places (and I love startups), there’s no better place to start a company than Australia,” Mr Lopez said.

Those comments were made before the federal government’s announcement last week of an ‘ideas boom’, which includes a $200 million co-investment fund, and a 20 per cent non-refundable tax offset and capital gains exemption for early stage investors in startups.

The government also targeted share schemes in this year’s federal budget, with a move away from the previous government’s policy of upfront taxation.

Mr Lopez said the climate for innovative businesses could be further improved in terms of bankruptcy law changes and allowances for employee options.

He said although the state had a higher rate of income tax than many other places in the US, this would not necessarily be enough to deter innovation, with a system that backed risk-taking and innovation.

He said the Silicon Valley technology hub model wasn’t the first such development in the US, with his home state of Michigan having achieved similar things in the cinema and aerospace industries.

“It’s actually been the engine room for the US for many decades,” he said of Michigan.

California would be the world’s seventh-largest economy taken on its own, with a GDP of $2.3 trillion last year and a population 70 per cent larger than Australia.

Adjusting for exchange rates, the average Western Australian is about 25 per cent better off.

The pre-eminence of primary industries in California is similar to the situation in WA, but a key point about the former, and one that is important in the current economic context, is its level of economic diversification.

“Southern California is actually dominated by small businesses, and tends to provide a lot of support for the agricultural industry and also the oil industry.

“Northern California was typically the financial centre, and then in the last few years it’s emerged as the technology centre.”

In the years immediately after the Second World War it developed a strong positioning in defence and aerospace, which continues today.

While not a native of California, PerthUSAsia centre chief executive Gordon Flake acknowledged its economic strength.

“California has boom times and they have difficulties, by all accounts many people assume that if you look at the next 10 years … they’re going to be leading the way in the US,” Mr Flake said.

“There is an expectation that California may have a resurgence.”

Despite the recent dramatic growth of trade with China, the US has long been Australia’s single largest source of capital.

That means Australia’s balanced political position between the two countries extends to the realm of economics.

Mr Flake and Dr Nahan were both bearish on the possibility of China surpassing the US any time soon.

“I still have this fundamental, underlying optimism about the trajectory of the US,” Mr Flake said.

He said the US had a positive capacity to reinvent itself, and there was perhaps some inaccuracies in the broader narrative about China.

A recent example of the US’s continued strength in the Asian region was the signing of the Trans Pacific Partnership agreement, which Mr Flake said was the key plank of the country’s pivot to the Pacific on foreign policy.

Dr Nahan said that agreement was very good for WA, with benefits including freer financial flows and reduced trade barriers for the services industry.

The agreement includes the US, Japan, Canada, Malaysia, Vietnam and Singapore.