OPINION: A fair go for WA would be suitable ministerial representation for the state in a Shorten government. 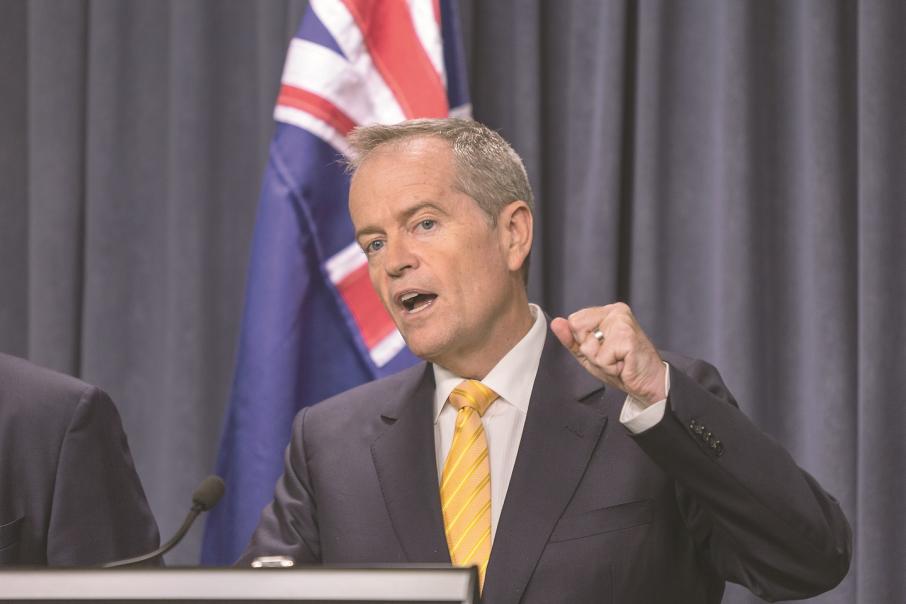 Bill Shorten may only have one WA member in his ministry.

When opposition leader Bill Shorten spoke at a crowded Perth Town Hall meeting during his most recent visit to Perth since gaining Labor’s top job almost six years ago, the message was obvious.

The words ’A Fair Go For WA’ were projected in bold letters on the wall behind the speakers.

It was a variation of the slogan ‘We’ll make sure WA gets its fair share’, which worked so well for his predecessor, Kevin Rudd, in his push to win government in 2007.

Essentially the idea was to ensure that Labor would return a fair slice of federal revenue raised in Western Australia so as to maintain services across the state in areas such as health, education and transport.

With Labor continuing to have the edge in polling on voting intentions on the virtual eve of Treasurer Josh Frydenburg’s first (and possibly last) budget, it’s timely to ask whether WA is likely to get its fair share of representation in a Shorten-led ministry.

At present, WA sends nine Labor MPs to Canberra – five in the House of Representatives and four in the Senate.

And the party is hopeful of increasing that number by up to five after the election, the date of which Prime Minister Scott Morrison is expected to announce within days.

Yet only one Labor MP from WA is in Mr Shorten’s 30-strong shadow and outer ministries. That’s Brand MP Madeleine King, who was promoted when former Perth MHR Tim Hammond quit the shadow ministry and his political career for family reasons in 2018.

Ms King, who was elected in 2016, is shadow minister for consumer affairs, and has assisting roles in small business and resources.

If those roles were retained in a Shorten ministry should Labor win government, that would hardly put WA MPs in the front line of the new administration’s decision making – a stark contrast to previous Labor ministries extending back to Gough Whitlam’s time (1972-75).

WA’s presence in the Hawke and Keating Labor cabinets (1983-96) was exceptionally strong. MPs such as Kim Beazley junior, Peter Walsh, John Dawkins, Peter Cook and Carmen Lawrence held a range of strategic portfolios. In fact Mr Beazley, as defence minister, was directly responsible for the ‘two oceans’ defence policy, under which the naval build-up at HMAS Stirling on Garden Island occurred.

There was also a strong WA presence in the Rudd and Gillard ministries (2007-13), led by Stephen Smith and Chris Evans in senior roles, plus Gary Gray (later promoted to the resources and energy portfolio), and Melissa Parke (international development).

So where does Mr Shorten stand on delivering WA its ‘fair share’ of representation on his front bench, should he become prime minister?

Unlike the Liberal Party, where ultimate responsibility rests with the leader, Labor’s factions essentially decide the make-up of the front bench. And those decisions can be particularly rigid. Seniority, and favours given and due to be returned, can take precedence over ability.

Jockeying has already begun. For instance when Mr Hammond quit last year, Ms King was elevated ahead of the former NSW premier Kristina Keneally. But following the recent NSW poll, Ms Keneally’s factional allies have been busy promoting her credentials.

And there has been talk that Patrick Gorman (Perth) and Anne Aly (Cowan) – both first termers – could come under consideration.

Political leaders must be wary of hubris, especially on the eve of elections.

But given WA’s size and vital contribution to the national economy and export income, having only one member in a 30-strong Shorten ministry would be unacceptable.

A ‘fair go’ would require at least three WA members, including some in senior posts. That’s a question for Mr Shorten on his next visit.