Cabin comfort, not a kennel

A desire to improve the lot of fly-in, fly-out workers on site was the catalyst for Terry Mulligan’s new business venture, Eco Cosy Cabins. 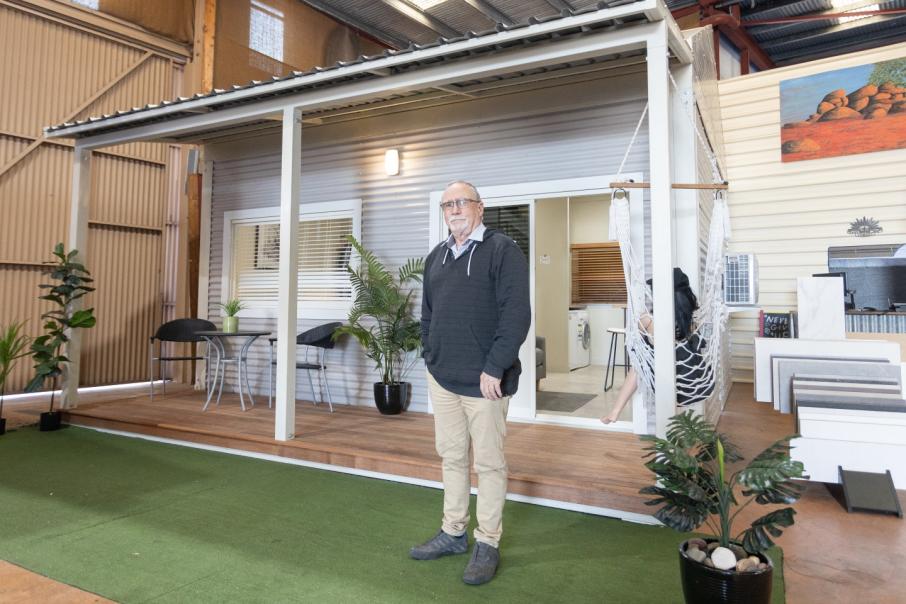 A desire to improve the lot of fly-in, fly-out workers on site was the catalyst for Terry Mulligan’s new business venture, Eco Cosy Cabins.

Not long into semi-retirement after a career supplying dongas to mine sites across Western Australia, Mr Mulligan had his light-bulb moment for the business in an unlikely setting.

He was part of Australia’s World Masters Water Polo Championships team in the 70 years and older category in South Korea last year, and was having a discussion with a teammate between matches.

“He had also been in the construction industry,” Mr Mulligan told Business News.

“I have supplied somewhere in the region of 3,000 accommodation units around WA over the years right through that boom period. They are like kennels, dog boxes [that] people go home to. Poor accommodation contributes to the high stress levels, job dissatisfaction and mental health issues that plague many of WA’s large mining operations.

Mr Mulligan left South Korea with a gold medal, as well as what he hoped was a winning idea – a rethink of the donga blueprint.

That involved broadening the traditional focus on cost to one that also considered quality materials and finishes to reflect a more homely aesthetic, as well as the building’s ecological footprint.

“Anyone who’s spent time on mine sites around the country would say it’s no surprise rates of stress and depression are so high among FIFO workers,” Mr Mulligan said.

“Eco Cosy Cabins give workers more space, feel more like home, and are durable and cost-effective.”

The business launched in early 2020 and Mr Mulligan said he had since received several inquiries from mining companies, including discussions with one group interested in deploying up to 60 of the cabins on site.

“The feedback I’m getting from within the industry is really positive – it seems like people are ready to rethink the way it’s always been done,” he said.

Mr Mulligan said the modular cabins were bushfire-resistant and flat-packed, trucked to site individually or in bulk, and could be constructed by the purchaser, if preferred.

Licensed tradespeople were required to install and certify electrical and plumbing works, however.

“Our cabins are fast to transport and fast to build. They can be constructed in a fraction of the time of traditional accommodation or other cabin options, so they’re great if you need to set up large amounts of accommodation in a hurry, or replace existing infrastructure,” he said.

Mr Mulligan said the cabins had evolved from having a pure mine site focus, following interest from people in the market for granny flats. The units could also be applied to the commercial space as offices and remote staff quarters.

Depending on the type of land and use of the cabin, the business’s website says the cabins qualify for the state government’s $20,000 Building Bonus grant.