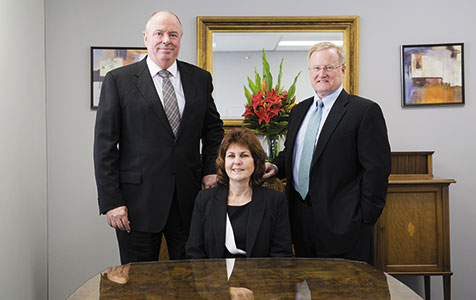 “I think that says a fair bit about Perth’s relevance, and particularly where it’s located geographically.

“It’s easy to do business in Asia from Perth.” 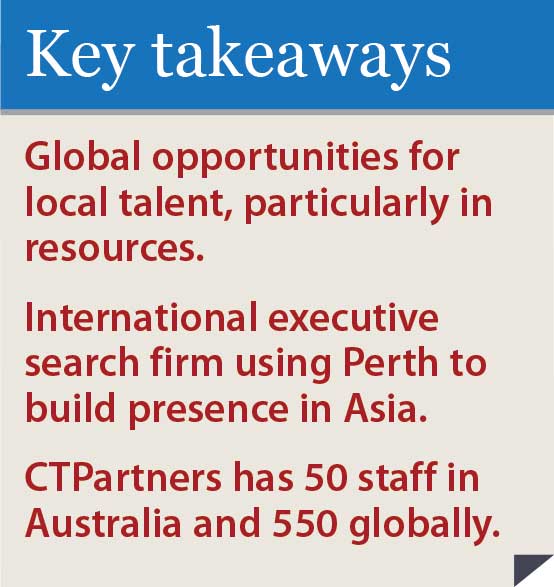 The company now has nearly 50 staff in Australia, including 10 in Perth.

None of the big five global executive search providers has a presence in Perth, making CTPartners the largest to come to Australia’s west coast.

Former co-managing director Debbie Cozart will also now be a partner at CT.

“For us it’s been incredibly positive timing … as Australian businesses are seeking to grow internationally,” Ms Cozart said.

“You’ll see some of our large service companies expanding their presence in Africa and South America.

“We work closely with other offices in multiple countries to help take Australian talent to those locations.”

CTPartners vice-chairman Andy Talkington said the skills and experince developed on Western Australia’s resources projects could be transferred to other locations.

“There’s probably 12 LNG trains to be designed and built (on the US Gulf Coast), and they’re $7 billion apiece,” he said.

“The talent that’s running those can come from (Perth); in fact some talent that worked here has already worked there.”

But it is becoming more difficult to encourage high-quality people to move in the other direction.

“The challenge to get people to move to Perth, or to Australia in general, is a hurdle, particularly from non-Commonwealth countries,” Ms Cozart said.

“However, once you get an expatriate here it’s not uncommon for them to say they’d like to stay.

“It would be a small percentage, probably 10 to 15 per cent, but a material percentage.”

“For us to take the next step as a firm we needed a global presence,” he said.

“A client of ours was meeting in Lima last week with colleagues there.”

He said the response from the client had been that it was like seeing the same people, but in South America.

“I couldn’t get a greater compliment,” Mr Simpson said.