CPB Contractors has added to its portfolio of Main Roads projects after being selected as preferred contractor for a $50 million upgrade of the Wanneroo Road and Joondalup Drive intersection. 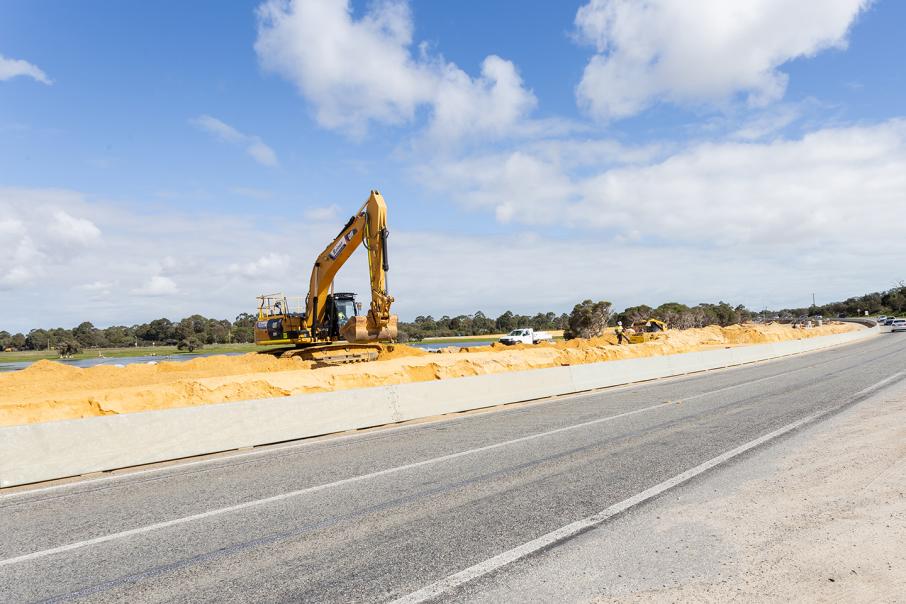 CPB Contractors is currently working on the widening of Armadale Road.

CPB Contractors has added to its portfolio of Main Roads projects after being selected as preferred contractor for a $50 million upgrade of the Wanneroo Road and Joondalup Drive intersection.

CPB is due to begin its program of early works this month, according to Main Roads Western Australia.

* The Wanneroo Road project is one of 139 Major Projects in Western Australia. The full list is available at www.businessnews.com.au/index/project

The project includes construction of a grade-separated interchange, with Joondalup Drive passing over Wanneroo Road via two lanes in each direction.

The scope of the project was widened in June to include upgrades of three nearby intersections to resolve access issues in surrounding business and residential areas.

Main Roads told Business News the additional scope would be delivered within the original $50 million budget.

Construction is anticipated to begin in September and take about 18 months.

It will be followed shortly by the planned $64.8 million upgrade of the Wanneroo Road and Ocean Reef Road interchange.

Transport Minister Rita Saffioti announced in May that John Holland, Laing O'Rourke and a WBHO Infrastructure-SRG joint venture had been invited to submit proposals to design and construct the project.

It will include the construction of a new bridge, with on and off ramps managed by traffic signals to improve traffic flow.

CPB’s selection as preferred contractor for the Wanneroo Road and Joondalup Drive interchange adds to five major road projects it is undertaking across Perth.

CPB is already working on the widening of a 3.2-kilometre section of Wanneroo Road, between Joondalup Drive and Flynn Drive.

This $31 million project is due to be completed later this year.

The Wanneroo Road widening was one of three projects awarded to the CPB-led Roe 8 Alliance after the McGowan government scrapped the Roe 8 highway project.

The alliance, which has changed its name to the Metropolitan Road Improvement Alliance, also comprises Georgiou Group, WA Limestone, GHD, AECOM and BG&E.

Its other contracts are the $145 million widening of Armadale Road and the $100 million Murdoch Drive connection.

In addition, CPB in its own right is building stage three of the Northlink project ($175 million contract) and the New Lord Street project at Ellenbrook ($47.9 million).