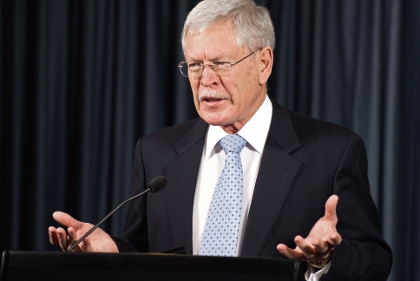 The mining industry has backed the Liberal Party’s pledge to invest $20 million to ensure the continued growth of the resources sector in Western Australia if it wins next month’s state election.

Mines and Petroleum Minister Norman Moore today announced that $10 million of the funds would go towards expanding the approvals tracking system, and a further $8 million would be spent to establish a state environmental data library.

The Minister said the remaining $2 million would be applied to promote the state’s mining and petroleum services sector internationally.

“We will also support the responsible development of onshore unconventional gas and the state’s uranium resources, which will be developed in accordance with world’s best practice and ecologically sustainable development,” Mr Moore said.

The Chamber of Minerals and Energy WA welcomed the announcement, saying the rollout of the approvals tracking system across government agencies would encourage future growth and investment.

The CME said the $8 million pledge to develop a public database on biodiversity and water and cultural heritage would assist in delivering more efficient and cost effective approvals.

“This announcement is an important step in developing a framework for collaboration and cooperation between WA’s leading biodiversity conservation research organisation, through a biodiversity initiative,” the CME said in a statement.