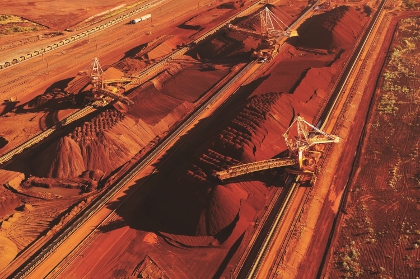 The Chamber of Minerals and Energy says June quarter results for Western Australian mining companies are cause for cautious optimism, with Chinese demand “unlikely to slow down drastically”.

The CME and KPMG’s WA Resources and Economics report, released this morning, showed that significant production growth over the June quarter for several key commodities, including gold and iron ore.

According to the report, gold production increased by 5.5 per cent to 46 tonnes in the quarter, while iron ore recovered to increase by 8.8 per cent to 133 million tonnes – 14 per cent higher than the previous corresponding month.

Petroleum exploration increased by 59 per cent to $624 million.

The export values of gold and copper registered increases of 34 per cent and 38 per cent, respectively, compared to the March quarter, while the total market capitalisation of WA resource companies at the end of August was $84.2 billion, down 9.2 per cent on May.

“The Chinese economy is likely to remain a driving force behind the global economic recover over the next two years, with the National Reform and Development Commission recently delivering several months of major project approvals,” CME chief executive Reg Howard-Smith said.

“As a result, Chinese demand for imports from Australia and other nations is unlikely to slow down drastically in the near future.”

“The increasing cost of doing business in Australia is now becoming a major issue for many companies looking to expand or enter the WA market.”