The federal government’s Royal Commission into Trade Union Governance and Corruption has recommended criminal charges against a number of officials from the CFMEU and Health Services Union, while the government has also released terms of reference for a review of the country’s workplace relations framework. 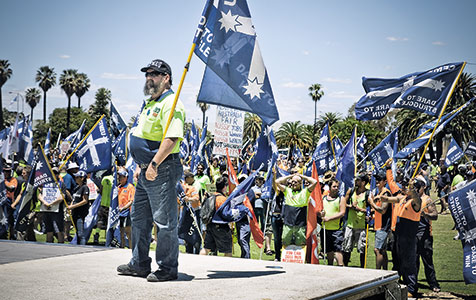 The CFMEU is under fire for intimidation and coercion.

The federal government’s Royal Commission into Trade Union Governance and Corruption has recommended criminal charges against a number of officials from the CFMEU and Health Services Union, while the government has also released terms of reference for a review of the country’s workplace relations framework.

But it said there was no case against former prime minister Julia Gillard.

The report was very critical of the construction union, concluding there was a “culture of wilful defiance of the law which appears to lie at the core of the CFMEU”.

Criminal charges were recommended over a number of acts of coercion and intimidation by CFMEU officials, while the Queensland state secretary could be charged with breaches of the corporations act, the report said.

Two Victorian CFMEU officials should be considered by that state’s DPP for prosecution for blackmail.

One volume of the three-volume interim report will remain confidential, with evidence that could not be publically released due to serious threats against a number of witnesses and their families.

The government said it would bring forward its legislation to establish a Registered Organisations Commission and the Australian Building and Construction Commission to the first sitting week of next year.

It will consider the remainder of the report’s recommendations.

“There is nothing short of a culture of lawlessness in some trade unions, and a key driver of this is the ongoing treatment of registered organisations, including unions and employer groups, as special cases when it comes to governance standards, regulation and penalties for breaking the law,’’ he said.

“Having separate rules leads some union officials to think they are different from company directors, and that compliance with the law is optional.”

Mr Knott said that a Registered Organisations Commission was a step in the right direction, but he said it would be preferable if unions were regulated by ASIC.

“Trade unions and employer organisations are often multi-million dollar businesses and in AMMA’s view, should be treated no differently to corporations, with the same responsibilities, oversight and penalties,” he said.

Employment Minister Eric Abetz also announced a review of the workplace relations framework through the Productivity Commission today, saying that the Fair Work Act had been in place almost five years.

The government said if sensible changes were recommended by the commission, it would seek a mandate to implement them at the next election. 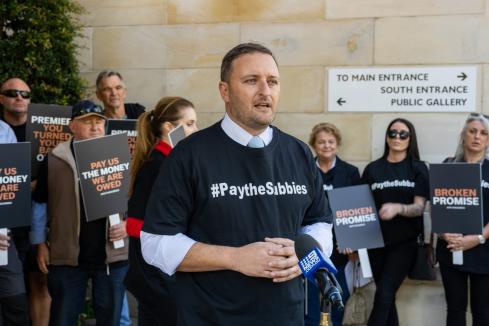 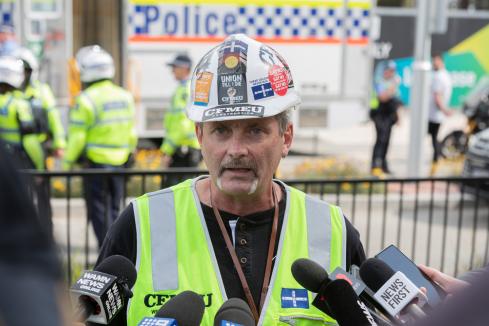