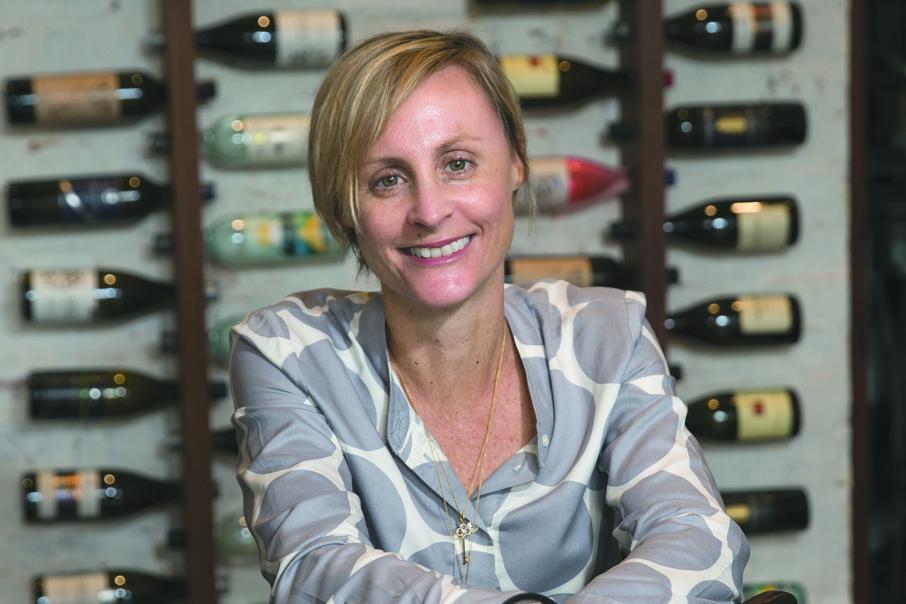 There's nothing in Stephanie Unwin’s background to suggest she would end up in biotech.

Growing up in the Pilbara, attending high school in Adelaide, studying economics in Queensland and obtaining a law degree from Murdoch University don’t hint at her key current role as CEO of listed company Phylogica.

Even a trawl through her CV lacks major clues to this current adventure.

Ms Unwin started her legal career at the forerunner to the Australian Securities and Investments Commission, then joined firms such as Freehills and Pullinger Readhead Stewart, and followed this with several years in the energy sector – as legal counsel for Verve Energy and then more commercial and customer-focused roles at Synergy.

If Ms Unwin were CEO of a mining or energy business, the loop might seem more closed.

“My dad was in mining and so my early history had me up in places like Karratha, Tom Price, Paraburdoo, early days over in Mackay, then over to Darwin, so I was all over the shop until I did my high school in Adelaide,” Ms Unwin told Business News.

After high school, she headed to the University of Queensland while her family headed west after her father secured a job with Minproc.

It was a lonely year, which prompted Ms Unwin to move to Perth and enrol among the first cohort to study law at Murdoch University.

“I’ve always wanted to be a lawyer and did a feeder degree, but ultimately moved to Perth a year later, and then started at Murdoch,” she said.

Murdoch was the first university to challenge the monopoly previously held by the University of Western Australia’s law school in turning out graduates for the state’s legal firms.

Amid stiff competition for law firm opportunities upon her graduation, Ms Unwin opted for the then Australian Securities Commission, working for Fiona Low, who was regional general council.

Perhaps, in the detail of this role, the potential for Ms Unwin to take on the role of chief executive at an ASX-listed business can be discerned.

“I love directors’ duties, and corporate, and ASX listing rules and things like that,” she said.

“But I very quickly (realised) what I wanted to do was either be a barrister or get into mining, so get into the resources side, because WA is such a commodities driven mining resources sector, and it’s a lot of fun.”

Ms Unwin shifted to Freehills but quit after working on the Bell Group case.

Her next challenge awaited in the mining sector.

“I went to join Craig Readhead, who is, as we like to call him, a resources identity,” she said.

“I had a great early career with him doing a number of floats of companies that went on to do pretty amazing things.

“It was literally the two of us doing a number of floats and acting for mining clients with joint ventures as well as directors’ duties and things like that.”

Initially working 2.5 days a week, the young mother soon was in the office three days, then four, then full-time, including plenty of weekend work.

“The work-life balance is a tricky thing,” she said.

“It was very hard to juggle both a very exciting and rewarding career with family.”

There was plenty to keep her occupied at Verve, including wind and solar farms, the Muja station refurbishment, and constant speculation about the business in the press.

“When Muja AB was at its peak and we were trying to get what was a really difficult construction project back on its feet, we were probably working seven days a week and it was under a lot of political pressure,” Ms Unwin said.

“There was a lot of press about some of the decisions that were made around that decision.

“I really didn’t feel like there was much of a choice. You had to get that thing back on track, or your professional (reputation) and the reputation of Synergy, or Verve at the time, was on the line.”

When Verve and Synergy were merged in 2014, she remained with the organisation, taking a far bigger commercial role as general manager, focused on strategy and business development as well as public affairs and communication.

“He interviewed widely, though, he didn’t give it to me easily,” she said.

“I think there were 196 applicants for the role, and he looked around the world.

“He was convinced on the basis that I’d taken the company through the legals, but also a fair degree of heavy lifting on the commercials for the wind farms and the solar farm developments, and gave me I think one of the biggest breaks of my career.”

Ms Unwin said the shift to Phylogica this year took a lot of people by surprise.

“A lot of people thought I was pretty crazy, and I loved Synergy so it was a very hard decision to make,” she said.

A consultant colleague at Synergy who was a major shareholder in the ASX-listed biotech suggested Ms Unwin make the move.

Ms Unwin took on the role of chair initially, but the carrot of CEO was soon dangled in front of her.

“There was a point where it’s probably time for me to have a bit of fear again, to feel a bit scared about my own capabilities and what I can do, but also can I take all of those years of learning and bring them into a new entity, which I think has just got the most amazing platform of growth opportunity in their technology, but hasn’t managed to catapult that commercially,” she said.

“Could I bring all of those skills together and create the environment for that to happen, but with the complications of a world stage to play at?”

Ms Unwin believes she has made a difference in less than three months at the helm.

“In the past 10 weeks we’ve lifted the hood on the company’s technology, the strategy it has followed, its opportunities, where it’s going to see it, and have become absolutely convinced that we have the best technology from a platform perspective and we need to 100 per cent leverage that and validate it across a number of cargo sets,” she said.

“It’s all about taking drugs into the intracellular way into the environment with someone else’s cargo.

“I think what we’ve been able to do in 10 weeks is get crystal clear on exactly how we’re going to do that.”

On top of that exciting role, Ms Unwin recently joined the board of Zenith Energy, which is focused on the cutting edge of solar energy generation for off-grid markets.

“I really love this micro-grid concept and … the increasing role they’ll start to play in our communities,” she said

“I felt that I could give Zenith the benefit of some of my experience in construction, in innovation, and in thinking strategically and in a future-focused way about the emerging trends.

“I love that space and I felt I could do some good there; it would be a nice temper to what would be a very challenging day-to-day role.

“It would give me an outlet where I can help someone else realise, I guess, where their company is going.”