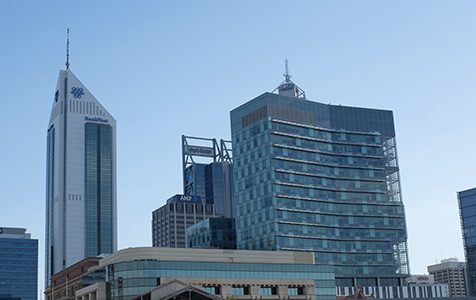 Dull consumer spending growth and dramatically lower business investment are ahead for the state’s economy in 2015-16, according to the latest Chamber of Commerce and Industry WA Outlook, but expansion of exports will keep the economy in positive territory.

The CCIWA also called on the state government to embrace economic reform as a way to improve confidence.

State GDP growth will be 4 per cent, with consumer spending set to increase 2 per cent, while business investment will fall 8 per cent.

That compares with a 3 per cent drop in business investment predicted in the previous CCIWA Outlook.

It will be exports that drive the state’s economy, with volumes predicted to rise around 10 per cent, on the back of an estimated 10 per cent increase in the financial year just concluded.

Projects such as Chevron’s Gorgon coming online will contribute to this surge, with nearly half of Australia's merchandise exports produced in Western Australia.

Imports will fall around 3 per cent for the year, as spending slows.

Wages growth will be low, at 2.75 per cent, and inflation is predicted to be 2.5 per cent, while unemployment will be 5.5 per cent.

Dwelling investment will be strong, growing at 3.5 per cent, putting downward pressure on house prices and rents.

“To get confidence back on track WA requires an environment that helps businesses to grow and thrive and that means deregulation, cutting red tape and deeper economic liberalisation,” Ms Willmott said.

“There is still $142 billion worth of projects under way in WA and the total value of non-mining projects has increased by 12 per cent, which suggests reasons to be positive.

“As the economy continues its transition, the business community will welcome the easing of cost pressures and capacity constraints together with more availability and less competition in the labour market.”

Projects under consideration include a fourth LNG train at Gorgon, the $7.4 billion Aurizon and Baosteel iron ore play, and a $3.5 billion rail project by Rio Tinto.