OPINION: The Corruption and Crime Commission has experienced highs and lows since being established with draconian powers in 2004 by the Gallop Labor government to root out poor practices in the public sector. 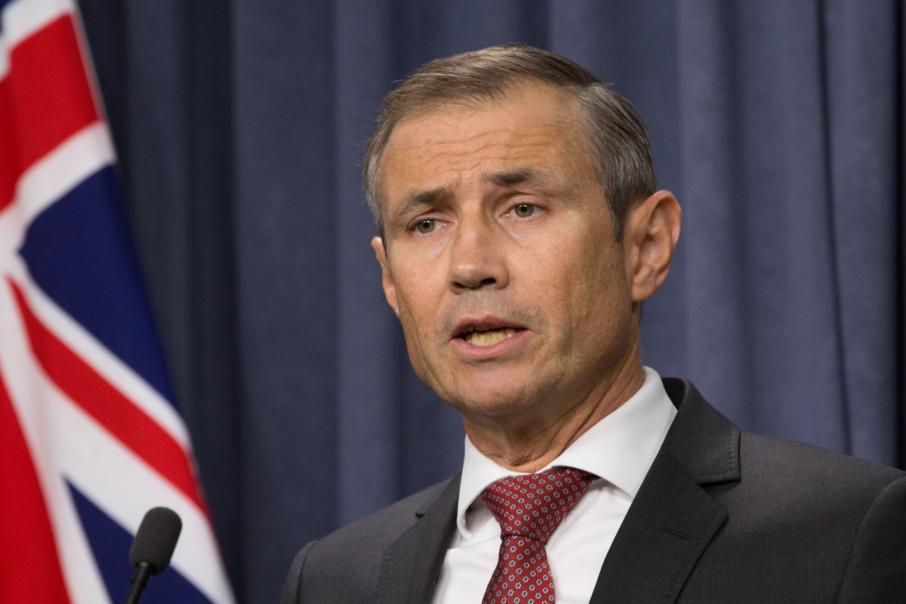 Roger Cook appointed one of his predecessors, Jim McGinty, to shake up the North Metropolitan Health Service. Photo: Attila Csaszar

OPINION: Although not quite the spectacle it was in its formative years, the CCC is still fighting the good fight.

The Corruption and Crime Commission has experienced highs and lows since being established with draconian powers in 2004 by the Gallop Labor government to root out poor practices in the public sector.

Right now it’s on a high, but that hasn’t always been the case.

Labor had another reason to rue the CCC’s existence during Alan Carpenter’s premiership (2006-08) when several of his ministers attended public hearings on their activities in the morning, only to find themselves sent to the backbench in the afternoon after some damaging revelations.

The Gallop government’s attorney general, Jim McGinty, had introduced the CCC, believing the anti-corruption measures established on Richard Court’s watch needed beefing up. And they were.

At the time there was much public debate over the merits of public hearings, which had attracted considerable attention, helping to boost perceptions of the commission. The degree of fairness afforded witnesses was questioned, for example.

Consequently the CCC’s profile slipped, which seemed to diminish its influence within the government sector for several years.

Two things have changed that.

The first was the Barnett government’s decision in 2015 to appoint John McKechnie as the CCC’s fourth permanent head for a five-year term (expiring this April). Michael Mischin, who was attorney general at the time, told Political Perspective it had been difficult to find suitably qualified applicants.

That changed when Mr McKechnie expressed interest in the post. And Mr Mischin said he had done a good job ensuring the CCC stayed on message, adding that there would always be some points of difference.

Mr McKechnie had been Western Australia’s first director of public prosecutions, had served 16 years on the Supreme Court bench, did not shun controversy, and knew the importance of appropriate publicity.

Early in his term he invited senior reporters in for a getting-to-know-you meeting. And he extended a proposal along the lines of: ‘If you hear of anything dodgy in the public sector, don’t hesitate to contact us.’

He has made his presence felt. Shortly before Mr McKechnie’s appointment, the CCC had been alerted to questionable procurement practices within the Health Department, and specifically the North Metropolitan Health Service. The NMHS is the department’s major division and includes several tertiary hospitals and 12,000 workers.

Thorough investigations followed revealing the gravity of the procurement issues, questionable home renovations for at least one public servant, expensive lunches and overseas travel. Several public servants understood to be involved resigned, with generous $200,000-plus redundancy payments, which may yet be repaid

About the time when the CCC’s report on the issue was tabled in parliament (2018), Health Minister Roger Cook took the unusual step of appointing one of his predecessors (Mr McGinty) to chair the NMHS, effectively to shake things up.

Mr McGinty was back in a very hands-on role. The minister who had effectively masterminded the formation of the CCC 14 years earlier was now overseeing one of the department’s key problem areas.

The new chairman told Political Perspective four key issues were identified from day one: finances needed to be strictly controlled; integrity was paramount; there was need for a stronger executive team (most senior posts were being filled at the time by acting heads); and the culture needed improvement.

Mr McGinty says great progress has been made in achieving improved results and getting better value for money for taxpayers.

The influence of Mr McKechnie and the CCC has also been felt strongly in state offices overseas (such as Tokyo), at power utilities, and the Department of Communities, where former executive Paul Whyte is charged with stealing millions of dollars.

An extension of Mr McKechnie’s term beyond April would be widely welcomed within government, but he won’t comment about the possibility.

However, a sensitive post already vacant is that of parliamentary inspector of the CCC. Another former Supreme Court judge, Michael Murray QC, one of Mr McKechnie’s sparring partners and whose job was to oversee the CCC’s activities, has quit for personal reasons.