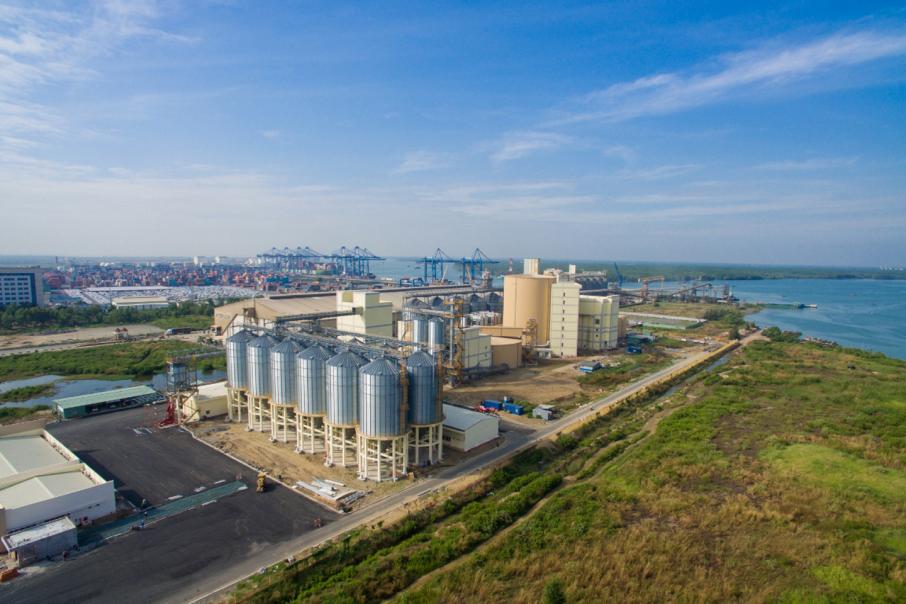 The new malt facility in Vietnam.

The $US70 million facility was built in Cai Mep, a port area south-east of Ho Chi Minh City, and has a capacity of 110,000 tonnes of malt per year.

It is the largest such plant in South-East Asia, CBH said.

The investment was made through Interflour, a grain downstream processor 50 per cent owned by CBH.

“CBH’s investment in Interflour 12 years ago was groundbreaking and today’s opening of the Intermalt facility in Vietnam marks a new phase of growth for the business as it moves into barley processing and expands across South-East Asia,” he said.

“It will be a new chapter for Western Australian barley growers who now have direct access to Vietnam’s burgeoning beer market – the fastest growing beer market in Asia.

“Not only is the Intermalt infrastructure impressive, so too is the growth and opportunity it affords our growers, our businesses and the Asia Pacific region as a whole.

“Our current and future growers can look forward to benefitting from Interflour’s expansion and this new venture generating value that we can then return to them a number of ways including through our investment rebate.”

CBH moved about 1.5 million tonnes of barley through its network in the most recent harvest season, Mr Newman said.

The cooperative is also investing a significant amount in its WA receival network, around $750 million across a five-year period, Business News reported in June.