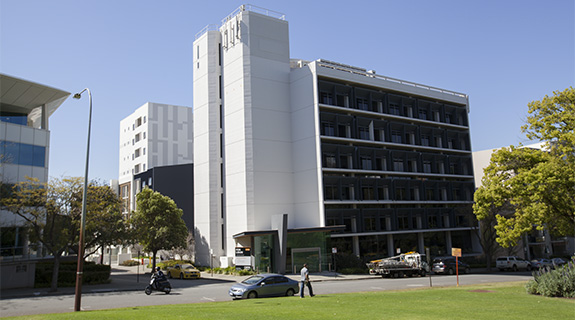 CBH Group's headquarters in West Perth has officially been added to the State Register of Heritage Places, six years after being named a place of cultural heritage significance.

The building was constructed in 1968 and its use of concrete sunshades was considered to be a leap forward for solar passive design.

Heritage Minister Albert Jacob said the late 1960s was a time of great innovation by architects, who had begun to challenge traditional ideals.

"The CBH building was one of the first to use concrete brise-soleil to influence internal building temperature," Mr Jacob said.

"The north-facing sunshades tilt downwards to inhibit summer sun through the double-glazed and heat-absorbent windows, while the south-facing shades tilt upwards to encourage natural light into the building."

The building was designed by Perth-based firm Summerhayes and Associations, and received a bronze medal award citation by the Royal Australian Institute of Architects in 1969.

Mr Jacob said the inclusion of a contemporary office building on the heritage list was a reminder that heritage was not just about older buildings.

"It is about places that represent the history and development of this state, including technical innovation," he said.

Building owner Warrington Property Group is planning a rooftop extension that is designed to complement its heritage status.

Warrington Property Group bought the building in 2012 for $20 million.