The office building at 220 St Georges Terrace has been sold for $35 million, with a local private buyer purchasing the building in a deal brokered by commercial agency Knight Frank. 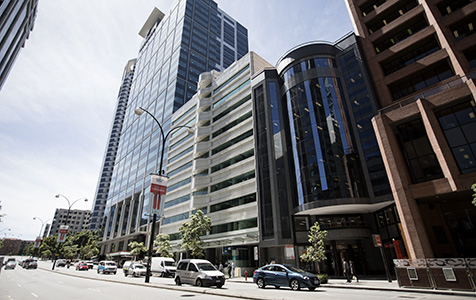 The office building at 220 St Georges Terrace has been sold for $35 million, with a local private buyer purchasing the building in a deal brokered by commercial agency Knight Frank.

The 10-storey, 9,197 square metre building had been listed for sale since last year, with Knight Frank appointed to conduct the marketing campaign on behalf of owner 220 St Georges Terrace Pty Ltd.

The company, which is directed by Tina Bazzo, the de facto spouse of one of the state’s biggest property moguls, Allen Caratti, purchased the building for $60 million in November 2007.

It is understood the transaction settled this week.

Knight Frank managing director John Corbett said he was bound by a confidentiality agreement and could not reveal the identity of the buyer, but said there was significant interest in the asset from overseas and local investors alike.

“(The building) is well located, it’s in a prime position and I think the new owner proposes to refurbish it, so long-term, it’s in a good spot,” Mr Corbett said.

The sale of 220 St Georges Terrace is the third major CBD asset to change hands in 2014, in what has been considered to be historically one of the worst years on record for office building transactions.

Coincidentally, the major transactions that have occurred in 2014 were all by Singaporean buyers.

The deal includes the rights and development approval for a 15-level office tower, restoration of the Pearl Villa and Milligan Hostel, as well as a 132-room hotel.

That deal was brokered by JLL.