Early signs of recovery are starting to emerge across Perth’s CBD office market, with vacancy rates falling below 20 per cent for the first time in two years, according to the Property Council of Australia. 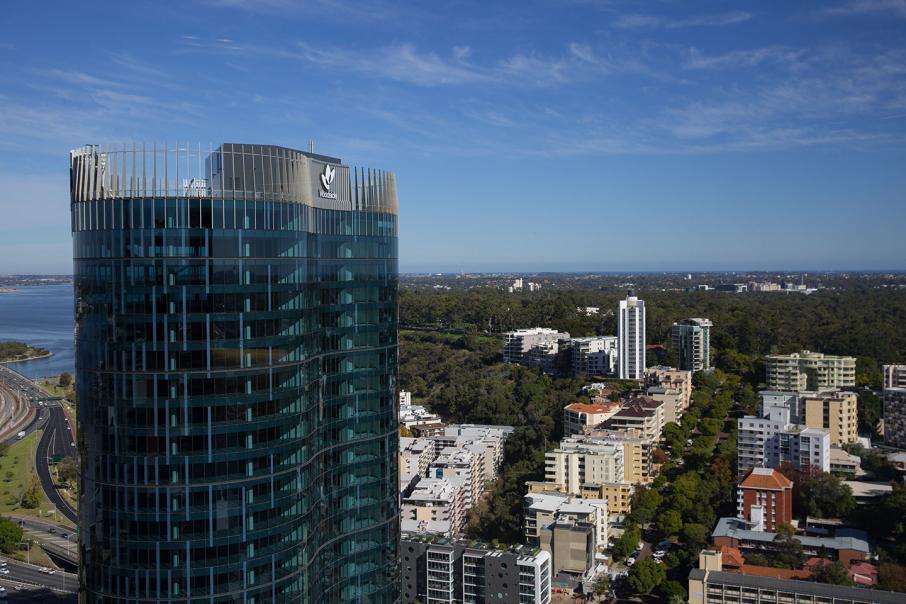 Woodside’s shift from its current home on St Georges Terrace to new building Capital Square will have less of an impact on the market than previously estimated. Photo: Attila Csaszar

Early signs of recovery are starting to emerge across Perth’s CBD office market, with vacancy rates falling below 20 per cent for the first time in two years, according to the Property Council of Australia.

Released today, the Property Council’s twice-yearly office market report shows a drop in Perth’s CBD office vacancy rate, from 21.1 per cent to 19.8 per cent in the six months to January 2018.

This followed 12 months of positive demand for CBD office space in Perth, including 22,178 square metres of net absorption over the second half of 2017.

Perth remained one of the capital cities with the highest proportion of vacant space (Darwin with 21.6 per cent), followed by Brisbane at 15.7 per cent (where vacancy rose) and Adelaide at 16.1 per cent, however, it also delivered the largest drop in vacancy (1.3 per cent) on par with Melbourne, where vacancy declined to 4.6 per cent.

Property Council WA executive director Lino Iacomella said the stronger demand for office space in the CBD was the result of a number of factors: a recovering state economy; a cessation in the supply of new office space; the flight to quality by tenants in lower-grade offices to higher-grade stock; and a migration of tenants from non-CBD offices to the CBD.

“The Perth CBD office market has turned the corner, and positive demand for new office space has returned after five difficult years,” he said.

“This is further evidence of the strengthening WA economy.”

Demand for CBD office space was concentrated in the high-grade sector, where vacancy for premium office grade space declined from 11.7 per cent to 6.3 per cent and A-grade office vacancy fell to 18 per cent (from 19.4 per cent).

The West Perth office market tells a different story; the vacancy rate rose to 16.7 per cent (from 15 per cent) in the six months to January 2018, which the report said was due to the addition of 4,803sqm of new office space coupled with weaker demand for existing space.

In comparison, less stock was added to the Perth CBD office market during this period where 1,408sqm of additional space hit the market, offset by 1,300sqm of withdrawals.

Only one other major project is confirmed to come online in the short term – the 48,484sqm Capital Square development, which is due for completion in 2018 and will be Woodside’s new home.

CBRE senior director Andrew Denny said the anticipated departure of Woodside from its current digs at 240 St Georges Terrace later this year would have less impact on the market than previously predicted, given that around 33 per cent of the 46,000sqm building was already leased.

Mr Denny also expects the positive sentiment that first took hold in the last quarter of 2017 to continue throughout 2018.

“The noticeable differences are sharply higher enquiry and transaction levels,” he said.

“Many tenants, particularly those in the mining, engineering and co-working sectors, are now seeking larger tenancies, an occurrence which rarely happened before mid-2017.

“CBD net absorption for 2018 is forecast to be 52,000sqm, the highest total since 2012, and a huge difference from the average minus 21,000sqm absorption Perth has experienced for the past five years.”

Mr Denny said while this improved sentiment and positive net absorption had not yet translated to better terms for building owners he expected to see this in 2019-20, with the consensus that incentive levels had now peaked.

“For several years we’ve been witnessing a lot of reshuffling in the market as tenants relocate to take up better deals in upgraded buildings but in a very noticeable change, we are now seeing growth from existing tenants as well as demand from new businesses entering the CBD market,” Mr May said.

“Office space in a number of CBD towers is being absorbed far more quickly than anticipated and demand remains strong for quality fitouts because they allow tenants to use all of their incentive towards a rent reduction.”