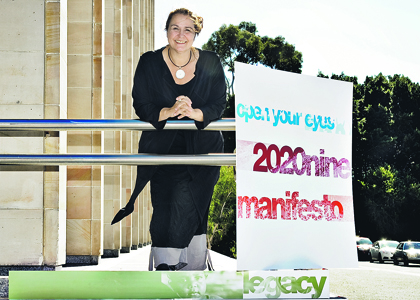 COUNTRY Arts WA’s Manifesto 2029, which was presented to a bipartisan grouping of the state’s major political party representatives last week, is a step-by-step guide to strengthening the arts in regional Western Australia.

While the event itself was significant, CAWA is determined it won’t be the high point for the manifesto, and won’t let the document gather dust in government offices.

This is a call to action.

The manifesto details nine steps to be taken to revitalise regional communities through the arts, with the biggest question put to government being: why doesn’t WA have a regional arts policy or a funded and coordinated network of arts development professionals across the regions?

Much to the detriment of the regional arts scene here, WA is the only state that doesn’t have a policy or network of this kind in place.

The proposed regional arts development officer network would coordinate arts programs and allow for better collaboration across regions, improving the use of resources and building the capacity of regional arts programs, according to CAWA chief executive Jessica Machin.

“Different states and territories have different models. We are keen to explore a flexible and dynamic model,” Ms Machin said.

She said any reluctance on the part of government to fund the network’s staffing was a non-issue as the network could be run by an organisation such as CAWA.

“There are so many instances where you can talk about the great things that are happening. And if we had that officer network we would certainly be in a better position to reach the full potential,” Ms Machin said.

“We need the will of government to be open to explore that, developing the feasibility and budgeting for something like that.”

The manifesto is a call to arms not only for the government, but communities, the arts sector and corporates.

“There are some steps in here that we do want government to respond to, and they are in the context of policy and planning,” Ms Machin said.

“But there are other steps in here that are our responsibility to be working for. This isn’t an ask of government to take this and do all of it.”

The recommendations in the manifesto were a direct result of CAWA’s regional arts conference Open Your Eyes, held in Geraldton last September; CAWA has maintained from the outset that the manifesto wasn’t simply calling for more government funding.

That conference debated topics such as: how the arts interact with technology, democracy and social change; suicide and mental wellbeing; and Aboriginal culture, guilt, sovereignty and spirituality.

The recommendations in the manifesto are a direct outcome of the debate.

It also proposed regional exchange programs to encourage a better understanding of indigenous arts and culture, a showcasing of regional arts in Perth every four years as part of the CAWA state conference, and suggested that infrastructure for regional arts be embedded in planning and development across all regions.

It also recommends creating a program that would encourage arts professionals’ input into corporate strategies.

Input from professional artists and arts workers into corporate strategy could lead to “creative and strategic thinking and lateral approaches”, and provide corporates with ground level community knowledge, according to the manifesto.

The program would mirror the Australia Business Arts Foundation’s Board Bank program, which links corporate professionals with arts organisations’ boards.