A slowing demand for surveying services has not stopped CADS Survey from pursuing growth by the adoption of innovative technologies, entering new markets and expanding its capabilities. 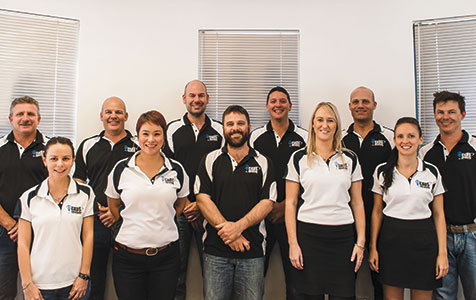 NUMBERS UP: CADS Survey has increased staff numbers to 60 on the back of a targeted growth strategy. Photo: CADS

A slowing demand for surveying services has not stopped CADS Survey from pursuing growth by the adoption of innovative technologies, entering new markets and expanding its capabilities.

It is finalising the acquisition of a Western Australian mining consultant and looking for additional acquisitions in Asia, where resource projects are increasingly outsourcing manufacturing.

Managing director and founder Troy Harper said surveying equipment overseas where it was being manufactured presented considerable savings for clients.

“To the construction contractor generally it’s a costlier rectification if it has to be rectified onsite in Australia, it costs a lot more,” Mr Harper told Business News.

CADS has also sought to provide clients with cheaper alternatives via the adoption of new technologies, such as unmanned aerial vehicles for large-scale mapping and three-dimensional scanning for pipe and earthworks contracts.

“We’ve always got to be adapting to new technology,” Mr Harper said.

“We’ve been showing (clients) what (UAVs) can do, showing them how much more efficient it is, and people have slowly been adopting it.”

CADS has increased its staff from 20 to 60 during the past four years.

It has grown to provide marine, pipeline, hydrographic and aerial surveying services to the mining, oil and gas industries in Australia and overseas.

“My strength when I started the business was in marine and pipeline,” Mr Harper said.

As CADS identified more areas to expand into, it prioritised expertise.

“We brought in key people with strong strengths in civil, and then the same happened with our hydrographic division,” he said.

CADS hires surveyors that others may consider over-qualified and more expensive, but Mr Harper said the benefits outweighed the costs.

“We definitely get better quality and productivity,” he said.

“It goes through all levels. From management all the way down. It causes a lot less headaches for everyone.”

Recently gaining its own ISO accreditation has taken the company hundreds of hours, but Mr Harper said the opportunities CADS had opened itself up to were well worth the effort.

“It was a considerable outlay to open up more of a market,” he said.

The accreditation means CADS can now go directly to major companies such as Rio Tinto and Woodside Petroleum with its own certification in quality and safety, instead of previously working under other subcontractors’ ISO accreditation.

Mr Harper said the company would continue to target growth and strengthen its current divisions.

“We can afford to do it now because we’ve got that cash flow to invest in our own growth,” he said.