Confidence is returning to Perth’s apartment sector, with a surge in sales motivating developers to advance new projects, driving the highest level of approvals in the past three years. 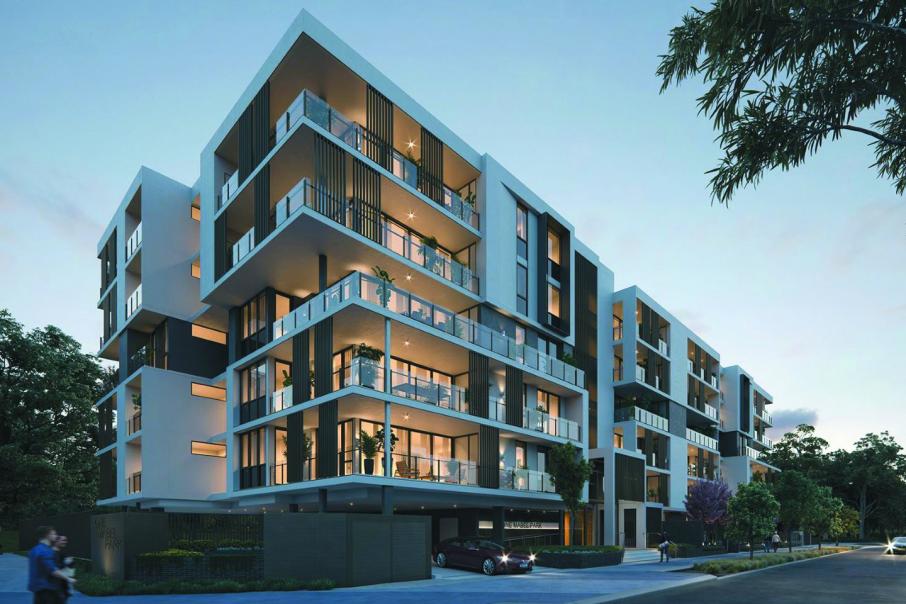 Confidence is returning to Perth’s apartment sector, with a surge in sales motivating developers to advance new projects, driving the highest level of approvals in the past three years.

More than 750 new apartments were approved in the quarter, the highest level since 2016, Urbis said.

“We’re up to just under $10 million in sales in the last two months,” Mr Trevisan told Business News.

“The approach of the buyers had changed, there is a bit of a fear of missing out happening again.

“We are definitely seeing a greater desire of people to actually transact; the Perth market is 20 per cent-plus off its peaks across the board, so at these prices it’s very good buying.”

Mr Trevisan said the biggest impediment for apartment sales – access to finance – had begun to dissipate in recent months, as financial institutions had adjusted to onerous regulations and buyers had adapted to the more rigorous finance approvals processes.

“Notionally there wasn’t any reduction in the availability of finance, but the process was excruciating,” he said.

“The level of due diligence that the banks are required to do is so high, but people are getting used to it now and it’s working.

“There isn’t a shortage of finance, it’s just that process when it was introduced, they weren’t ready for it, they were dealing with the royal commission at the same time, and it caused a big problem.”

Iris Residential’s most recent approval was at Montario Quarter in Shenton Park, in a joint venture with Primewest, while the developer also won approval for its One Mabel Park project in Jolimont towards the end of last year.

Chief operating officer Tanya Trevisan said the company was receiving a large number of weekly enquiries on its Shenton Park project, which had yet to be formally launched, while there was also a significant level of interest in the Jolimont development.

She said the new projects had been designed to reflect Perth’s new buyer profile – increasingly sophisticated and familiar with the fundamentals of apartment design.

“I saw this play out exactly the same when I lived in Sydney from 1997 for almost 10 years,” Ms Trevisan said.

“With the advent of the new planning policy (Design WA), it is going to further improve the liveability of apartments.

“For us, it’s business as usual, we’ve been doing this kind of stuff for a long time because it just makes sense.

“If you are providing homes for owner-occupiers, they’ve got to function like homes.”

Another developer to receive recent approvals was Blackburne Property Group, which sparked excitement in the market with its plans to revive the Pavilion Markets site in Subiaco, and also received development approval for a project at Karrinyup Shopping Centre, in a joint venture arrangement with AMP Capital.

While Mr Blackburne would not comment on the Karrinyup project, he said the Subiaco development was already racking-up sales ahead of its public launch in September.

“Without advertising we’ve had five sales over the past two weeks, mostly in the $2 million to $4 million range,” Mr Blackburne said.

“We had a sub-penthouse sell with a deposit paid yesterday at $4.8 million.”

Mr Blackburne said there was an erroneous impression in Perth’s residential property market that the malaise of the past few years was continuing, due to media reporting around the Sydney and Melbourne markets as being Australia’s property problem.

“The reality is that Perth is a very different market and we are at the beginning of an upswing. It really started in October of last year.

“It hasn’t taken off as much as we’d hope in January and February, but it has been a solid few months.

“Investors are coming back for the first time in a long time, because they believe that now is the low of the market and rents are going up.”

Mr Blackburne said his company had increased the rent on the majority of its 1,360 apartments under management for the first time in five years.