Opportunities are on the field for WA’s new sports minister. 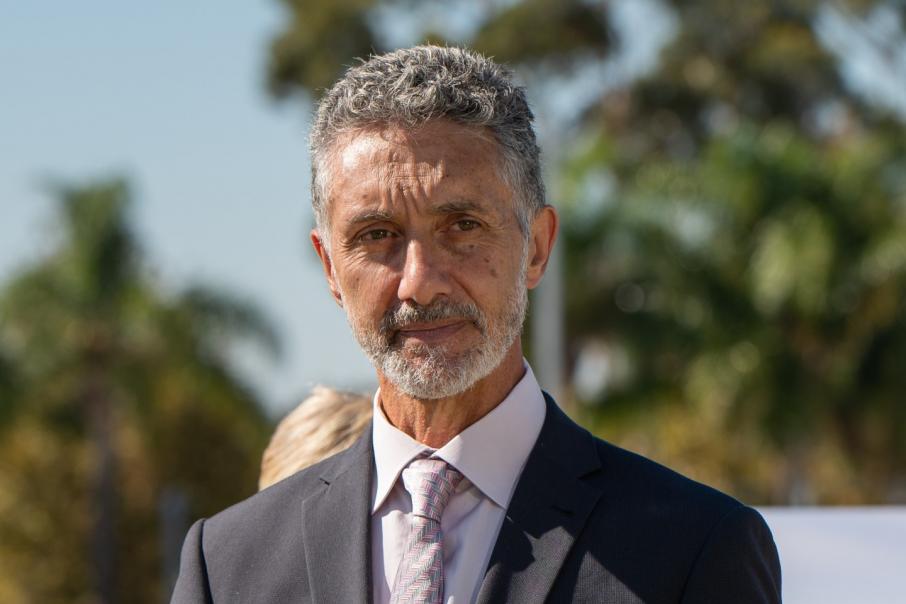 Sports law may not make for the most scintillating read, but that didn’t stop newly minted sports minister Tony Buti from writing a 157-page report on the subject in the late 2000s.

A self-professed Fremantle Dockers tragic and frequent marathon runner, Dr Buti’s professional career before entering parliament focused on social issues such as Aboriginal rights and the fallout from the Stolen Generations.

Growing up in the 1970s, however, his love of sport conquered all, influencing his decision to go to university and become a PE teacher.

By the time he went to law school in the early 1990s, Dr Buti had developed an interest in regulation of doping and drug use in sports, coming out the other end after working as an AFL agent and government regulator with significant knowledge of the subject.

“It started off as just an innate love and interest in sport,” he told Business News.

“Marry it with my legal career, and that’s where my interest came in, and remains.” It’s a passion that puts him in good stead for what is otherwise a lowerprofile appointment for Dr Buti.

His assignments are at once wide-ranging and significant for a first-time minister, having taken finance and lands from outgoing treasurer Ben Wyatt.

Sports, though, is generally seen by commentators as a portfolio given to party veterans and former athletes, with Labor’s Mick Murray and the Nationals WA’s Colin Holt and Terry Waldron among the more notable figures holding the position in recent years.

Behind half-page stories on grant funding for minor sporting associations and community groups, however, is a state government department that employs more than 900 people, controls more than $500 million worth of assets, and oversees revenue of $182 million (per Data & Insights).

The breadth of its partnership is exceptionally broad, too, from the Perth Glory, Wildcats and Scorchers, through to entities associated with archery, canoeing, parachuting and bocce.

Dr Buti’s love of sports appears inexplicable at first blush. Equal parts bookish and a policy wonk, his resume is replete with a PhD from Oxford University on Aboriginal rights alongside teaching stints at the University of Western Australia, Murdoch University and the Australian National University.

His inaugural speech to parliament contained numerous references to and quotes from Michel Foucault, Robert Reich and Friedrich Nietzsche.

In between those words, he offered his thoughts on policing, poverty and education, opining on the benefits of embracing the non-traditional, aspirational qualities of the arts and sports as a way of improving outcomes for disadvantaged students.

For kids who grow up playing Australian football, he saw an opportunity for them to learn about history, stay fit and take on leadership roles at an early age.

Dr Buti admits those ideas do not strictly pertain to his job as sports minister. Still, he sees the ability to promote opportunities in the community as fundamental to the role.

“I see a great synergy that sport can have with education, health and multicultural interests, and making kids who may feel marginalised part of the mainstream,” he said.

“For instance, The Clontarf Football Academy is not there to make people into AFL footballers; it’s there as a vehicle to get Aboriginal kids to go to school.

“I hope to work with a number of ministers, including the education minister, to facilitate sport as a vehicle to help education retention rates and hopefully be part of preventative health and improve the mental health of our society.” For all his talents and accolades, Dr Buti’s journey from backbencher to minister has come in fits and starts.

First elected in 2010 to the seat of Armadale to replace Alannah MacTiernan, Dr Buti secured a 5 per cent swing on the way to victory that year before going on to comfortably win re-election in 2013, 2017 and 2021.

And while his electoral performance is impressive – he’s never won less than 50 per cent of the primary vote – his lack of factional backing before now left him to languish on the backbench during Mr McGowan’s first term as premier.

His preamble and commentary tackled these concerns in, at times, withering terms, with one exchange with West Coast Eagles chief executive Trevor Nisbett calling into question the latter’s view that millions of dollars in state government funding for the commission was “football money”.

Overseeing those reforms will be integral in the coming months, not least of all fixing the commission’s convoluted election process.

“It comes down to the focus on grassroots sport,” Dr Buti said.

“WAFC’s major focus has to be on community football, whether that’s the WAFL, Perth Football League, Metro League, Integrated Football or Country Football.

“Through the inquiry, I had concerns about whether that was the focus at the time.

“I’m more confident that’s become their focus, and I want to ensure that the WAFC goes down the path of community football being a number one priority.” Few doubt Dr Buti’s acumen as the committee’s chair, as well as his decision to align with Labor’s disjointed right faction, were major factors in his promotion.

For a politician whose adolescence and professional career has almost always tangentially related to sports, though, it’s his focus on the opportunities accorded by community and fitness that will remain paramount in the months ahead.

“I love sport, and I think participation in sport is important on a number of levels,” Dr Buti said.