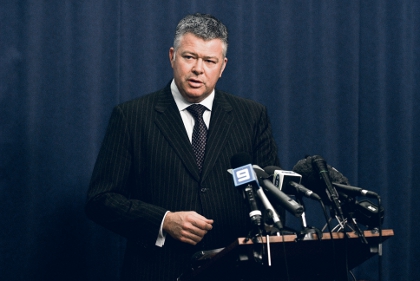 The war of words over the cost of the state opposition’s Metronet heavy rail plan has continued, with Transport Minister Troy Buswell claiming Labor has failed to account for “at least” $1 billion worth of necessary infrastructure, including the duplication of rail tracks on the Midland line.

Mr Buswell said in a statement today that the Public Transport Authority had advised that the capacity of the line would be “stretched beyond its limits” by the convergence of three new rail services near Bayswater station under Metronet.

He also claimed that a 2.5 kilometre tunnel would need to be built between East Perth and the CBD to move commuters into the city.

“The estimated cost of this additional infrastructure work is at least $1 billion – Labor has not factored this in,” Mr Buswell said.

“In addition, Labor has still not come clean and revealed which projects and roads funding they will cut to fund their fantasy rail.”

However, it is not immediately clear how the government reached its figures. The Metronet plan has not been submitted to Treasury for costing, and Mr Buswell refers to the $1 billion cost of necessary additional infrastructure as an “approximate” figure.

"Mr Buswell clearly has no reputation to protect, so is happy to make things up on behalf of the Liberal Party," he said in a statement.

"The PTA's New Perth Stadium Transport Project Definition Plan report made it clear that the present system allows for up to 20 trains per hour to operate along the Armadale line, which has similar characteristics to the Midland line.

"The report also stated that improved signalling would increase the line's capacity to 30 trains per hour."

The PTA report cautions that the 30 train per hour scenario "assumes a perfect operation".

The anticipated cost of the Metronet plan has been an ongoing issue of contention. Mr Buswell has claimed the total cost of the plan will be $6.4 billion, well above the $3.8 billion forecast by Labor.

Media reports this week revealed Labor’s policy costings will be undertaken by an accounting firm, rather than by treasury, following accusations that Mr Buswell had one of his political staff members secretly attend a Treasury briefing of Labor MPs.

Shadow treasurer Ben Wyatt accused Mr Buswell of “scurrilous behaviour that directly impacts on the independence of the Treasury”.

“In light of Troy Buswell’s most recent behaviour there is absolutely no way WA Labor can have any confidence that it will be treated fairly and independently by the public service,” he said.

Mr Buswell claims the light rail plan had been costed at $1.8 million and would be in operation by 2018.