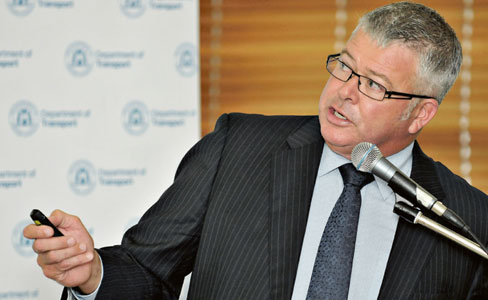 The state government had been planning to spend $118 million upgrading the road network in the wheatbelt, before closing the rail lines next year.

Widespread protest from the agricultural sector warned road safety would be at risk with a massive increase of trucks on country and metropolitan roads.

Today, Mr Buswell announced, after meeting with grains handler CBH and Brookfield Rail, the lines would remain in operation until at least October 31 next year.

“The state government’s investment of $3.325 million in 2011-12 and the fact that lower than predicted volumes of grain have been transported on these lines since 2011, resulting in less wear and tear, will enable these lines to remain open,” Mr Buswell said in a statement.

“Brookfield and CBH will continue ongoing dialogue on the transport of grain by rail and, if economically viable, keep Tier 3 lines operational in the future.”

Mr Buswell said the government would continue to work with stakeholders to determine an arrangement to keep the rail lines operational.