With apprenticeship completion rates below 30 per cent in some industries, the business sector is continuing to push for reforms to vocational education and training. 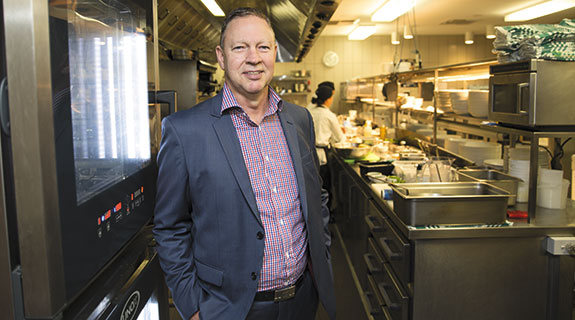 With apprenticeship completion rates below 30 per cent in some industries, the business sector is continuing to push for reforms to vocational education and training.

For a telling insight into the best and worst of Western Australia’s vocational training system, look no further than bricklaying.

Around the middle of last year, builders were struggling to find enough brickies to handle the rapid jump in construction activity. Now they are over the worst of it, after the number of people starting a bricklaying apprenticeship in WA jumped by 56 per cent in the year to February 2015.

But only about half those people will complete their apprenticeship.

Only 44 per cent of construction trades workers complete their apprenticeship contract, according to the National Centre for Vocational Education Research.

After adjusting for individuals who move employers, the completion rate jumps to a more respectable 57 per cent.

Master Builders Association WA director Michael McLean said many of those people would continue working as brickies without ever completing their formal qualification.

“That doesn’t mean they’re not capable bricklayers, because they’re learning on the job, but what it highlights is that the apprenticeship system hasn’t kept up with modern practices,” he said.

Mr McLean believes the system has served the industry well over many years, but needs to be modernised.

“There is no doubt we need to bring training into the 21st century,” Mr McLean told Business News.

One concept he favours is a ‘passport of skills’, which would recognise training undertaken at different places and different times.

Mr McLean also believes the school system should give more weight to vocational education and training, and he wants closer ties between the training sector and industry.

“The training industry has become more complex; we need to get back to basics,” Mr McLean said.

“Where are the shortages, and what is needed to train people up for those jobs?”

Encouraging more employers to take on apprentices would be a good place to start, he said.

“The burden of training falls on a relatively small number of employers,” Mr McLean said.

ABN Group is the biggest privately run trainer in the industry, with more than 300 apprentices on its books, and managing director Dale Alcock wants others to lift their game.

“A lot of our competitors unfortunately say training and apprenticeships is someone else’s problem,” Mr Alcock said.

“It’s just a lazy approach, it’s a short-term approach, they are not fully committing and investing into our industry and I think that’s very sad.”

Mr Alcock has been actively engaged in reforms over the past decade.

Where changes have been made, such as the shift to shorter, competency-based apprenticeships, the results have been modest.

“There’s not been great take up of the two-year outcome mainly because it doesn’t give a return to the trainer,” Mr Alcock said.

“The first couple of years of an apprentice, it’s sort of break-even for the trainer, and in the third year you get a very good payback for having put that effort in.”

Hospitality Group Training general manager Iain McDougall must wish he had the same problem as the builders.

The end of the mining construction boom was expected to help service industries, yet he is facing continuing skilled labour shortages.

“The availability of chefs across the whole of Australia, and particularly Western Australia, is still very, very short,” Mr McDougall said.

“What’s made it worse again is that last year there was another 25 per cent reduction in the commencement of apprentice chefs (in WA).”

Based on past experience, less than 30 per cent will complete their training.

“The changes in government policy at both federal and state level are working against an already dying system and it needs some form of kick start from governments to keep this afloat,” Mr McDougall said.

“The alternative is employers just stop employing apprentice chefs, their only choice will be temporary 457 visas, which are part of the solution, they’re not the whole solution.”

The automotive sector is another feeling the squeeze, particularly when employers seek workers at the upper end of the skills spectrum.

“There is a number shortage but there is a skill level shortage as well,” Automotive Holdings Group apprentice master Ian Bodger said.

“We can have ads running for a month or six weeks for a diagnostic technician; they are the ones that are really hard to find.”

“If somebody went to the mines for three years and came back, they could find themselves behind the times because the technology has just gone screaming ahead,” Mr Bodger said.

AHG has tackled the problem by expanding its own apprenticeship program.

It has 182 apprentices in training in WA, and a further 200 at its east coast operations.

One of the keys to that outcome was to get the right people from the start, he said.

This included seeking out candidates who were looking for a career and willing to stay for the long haul.

AHG’s latest initiative has been to partner with training group OnSite, which runs pre-apprenticeship programs for year 11 and 12 students at seven private schools.

AHG interviewed 40 students before selecting 16 who started the automotive program this year.

“The program is designed to give the students a pre-apprenticeship certificate 2, with a taste of light automotive as well as heavy vehicle units,” Mr Bodger said.

The students will attend a Tafe college each Friday and then be placed with an AHG dealership during their school holidays.

Mr Bodger said AHG typically employed up to 60 apprentices each year in WA but was planning a significant increase, based on the expectation it would secure a larger share of the automotive servicing market.

For more: read our Training Feature