Business groups in WA are taking the lead on forming a peak infrastructure council after state government failure to support the concept. 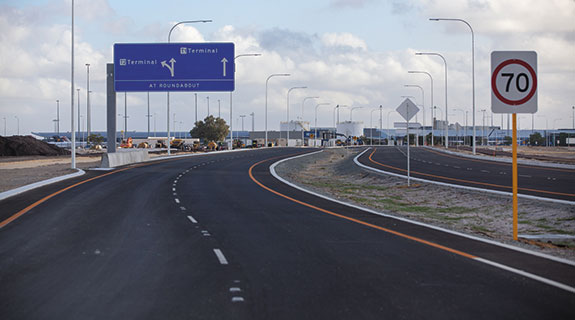 Business groups in WA are taking the lead on forming a peak infrastructure council after state government failure to support the concept.

Representatives from up to 12 business groups are scheduled to meet at Engineers Australia on Wednesday (September 30) to start work on establishing a peak infrastructure advisory group in Western Australia.

The meeting has come in response to frustration among the business community over the way infrastructure priorities are currently set in WA.

Despite repeated calls by business groups, the Barnett government has failed to develop a long-term infrastructure strategy or establish an advisory body with private sector input.

“There has been very strong support from a number of industry groups,” Mr Fitzhardinge told Business News.

He said the proposed body, Infrastructure WA, would seek to establish an infrastructure priority list for $50 million-plus projects by May next year.

One of the key goals of the meeting will be to identify exactly what structure is best for the proposed body.

“The purpose is to identify a fit-for-purpose model for Western Australia,” Mr Fitzhardinge said.

The options range from an advisory body representing business groups, through to a statutory authority with substantial funding.

Another option is to revamp the state government’s infrastructure coordinating committee (ICC), which is already under internal review.

The ICC is chaired by Planning Commission chair Eric Lumsden, and its membership is largely comprised of directors general of government departments.

Mr Fitzhardinge said his preference was for a statutory authority, similar to the model adopted in Victoria.

Infrastructure Victoria is due to be established after the relevant bill was passed by the state parliament this month.

In response, the Victorian government will be required to develop a five-year infrastructure plan outlining priority projects and funding commitments.

Infrastructure Victoria will assess the government’s progress against this plan.

The authority will be led by a seven-member board, with four members from the private or non-government sectors and three from the public sector.

The Queensland government has taken a similar path, introducing a bill this year to establish Building Queensland, which among other things will evaluate major projects and prepare a pipeline of priority projects.

A similar body has been operating in New South Wales since 2011.

Mr Fitzhardinge said 12 business groups had been invited to this week’s meeting.

“The proposal is that business groups come together to see how infrastructure priorities can be agreed,” Ms Wilmott said.

She said business groups currently did not have a means to identify infra structure priorities, but would like to have input to both the budget process in WA and the federal advisory body, Infrastructure Australia.

“It’s timely to get together to discuss what is needed,” he said.

“The government needs to share with the private sector what the vision is,” he said.

Mr McLean said he was also keen to see debate about funding and procurement methods for big projects.