The team behind the Perth International Arts Festival is gearing up for its biggest month of the year, buoyed by strong corporate and philanthropic support. 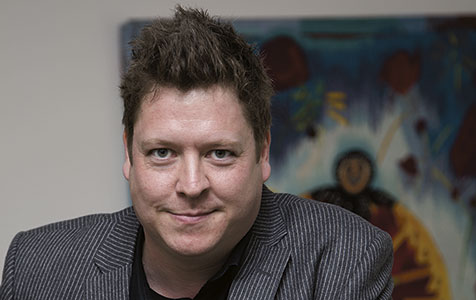 BOOKINGS: With ticket sales ahead of schedule, Jonathan Holloway is confident PIAF can reach a box office target of $5.4 million. Photo: Attila Csaszar

The team behind the Perth International Arts Festival is gearing up for its biggest month of the year, buoyed by strong corporate and philanthropic support.

Organisers are aiming for a box office target of $5.4 million, up from last year’s $4.8 million.

Artistic director Jonathan Holloway is quietly confident that will be achieved, with ticket sales already running ahead of target.

While everything has been running smoothly, Mr Holloway told Business News he’s preparing for a range of potential worst-case scenarios due to the inherent unpredictability of running a festival this size.

“If things begin to get out of kilter you can very quickly hit extra costs,” Mr Holloway said.

The 2014 festival is Mr Holloway’s third and penultimate event, with a new director to replace him after 2015 as part of the turnover strategy set in place by the board of directors.

Mr Holloway said there had been a 50 per cent increase in the philanthropic contribution to this year’s event compared with 2013, which he believed indicated the economic value of arts and culture was becoming better appreciated.

“WA is relatively young in terms of its support of the arts and that’s because there hasn’t been that relationship between the arts and commerce for as long as there has been in other parts of the world,” he said.

“However, the pace at which the understanding is growing is phenomenal.

“We are seeing a development of people and a changing understanding of what supporting the arts actually does.”

Mr Holloway said corporate sponsorship had also remained strong, with funding levels sustained for the past three to five years despite the challenging economy.

He described some in the corporate sector as some standout leaders, including Chevron, which signed on in 2012.

“Certain leaders have really got the value of arts and culture and are starting to communicate that to other leaders,” Mr Holloway told Business News.

“Particularly Roy Krzywosinski from Chevron; he and his whole senior management completely get the relationship in a way that I’ve rarely seen with companies.

“They give support, they take the tickets that we offer, they then buy many more tickets and come to everything, they jump in an engage and say to us ‘do what you do and we’ll support it’ and in return the energy that’s created is huge.”

Despite the growth and apparent success of the festival, which is in its 62nd year, Mr Holloway said Perth had some way to go in terms of fostering a successful and integrated arts sector.

“There’s no linked up thinking that drives forward audience development in Western Australia; there is an understanding of why the arts are important at an individual level and at corporate level, however there’s no art marketing system across everything,” he said.

And then there’s the perpetual problem of Perth prices.

“The cost of selling a ticket here is more expensive that virtually anywhere else in the world,” Mr Holloway said.

“Then the way it’s managed makes it very difficult to get hold of audience data because it is run semi-commercially, and certainly as a profit-making area rather than a subsidised area.”

The level of organisation behind the scenes of an international arts festival is substantial, with all the risk taken on by the organising body; for the 2014 event, this included applying for and processing 483 separate travel visas.

It represents a 45 per cent increase in the number of visas needed last year and gives weight to Mr Holloway’s claim that the festival is the most international, and biggest, ever.

Then there are the artists, of whom more than 1,000 have travelled from all over the world to take part.

This year significant focus has been put on digital arts for the first time; one of Mr Holloway’s top picks is the ‘Between the Desert and the Deep Blue Sea’ concert delivered by the West Australian Symphony Orchestra incorporating sounds of Perth taken from the community on digital devices.

Mr Holloway said the role of digital platforms in the arts was growing, but it wasn’t to the detriment of traditional forms such as theatre and classical music.

“It doesn’t matter what platform it’s on; if it’s great people will love it and if it’s not they won’t, there’s no platform that makes bad art into good art,” he said.