Indonesian businessman Eddy Sariaatmadja has donated specialist medical equipment that is expected to form the cornerstone of an emerging clinical innovation, skills and training hub being planned by Perth business executive Michael Henderson. 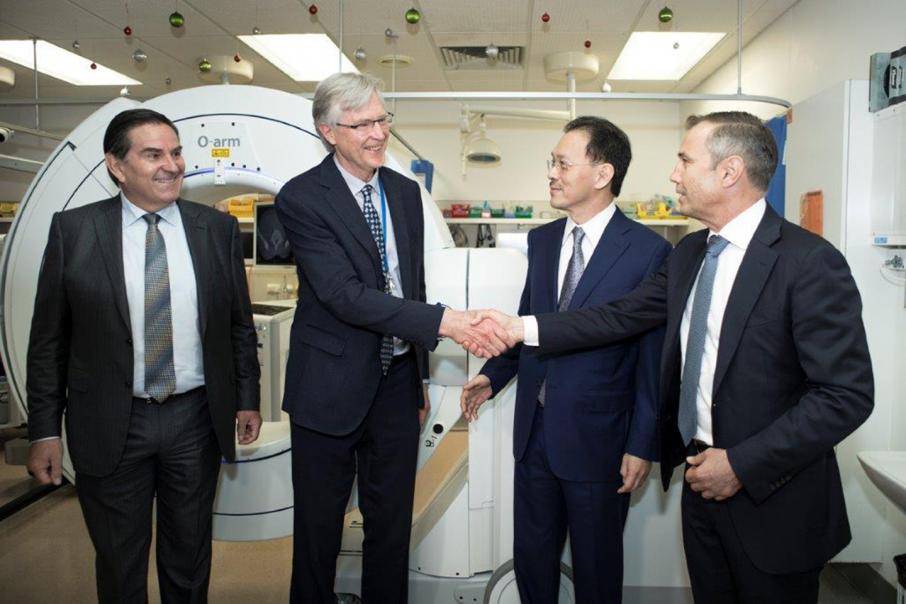 Indonesian businessman Eddy Sariaatmadja has donated specialist medical equipment that is expected to form the cornerstone of an emerging clinical innovation, skills and training hub being planned by Perth business executive Michael Henderson.

Health minister Roger Cook said Mr Henderson, who is the founder and chair of the International Skills and Training Institute in Health, played an integral role in bringing the $1.43 million donation to fruition.

“ISTIH has provided an opportunity to reach out to patients across the world, to provide them with the very best that Western Australia’s health system can provide,” Mr Cook said today.

“It’s because of that program we have been fortunate enough to receive this great donation today.”

He added that the Sariaatmadja family had personal experience at RPH, after obtaining medical treatment that was facilitated by ISTIH.

Mr Henderson said WA was becoming a recognised point of reference in the Asian region for medical care.

“Many international patients are coming into the WA health system, both public and private,” he said.

Mr Henderson said his goal was for Perth to develop capability and a reputation similar to the Mayo Clinic, a globally-renowned not-for-profit medical practice and research group in the United States.

“This is the beginning of what I see as Western Australia being seen as the Mayo in the region,” he said.

The $1.43 million donation has been used to purchase a 3D O-arm scanner, which has been installed at Royal Perth Hospital where it will be used in the field of spinal surgery and other trauma services.

The scanner is the only one of its type in Western Australia.

It uses high definition imaging to produce three-dimensional scans and enables greater complexity of surgery and increased accuracy without an increased risk to patients.

A key aspect of the scanner is its ability to take scans of a patient while undergoing surgery and its ease of portability within the hospital.

“The McGowan Government is a strong supporter of innovation in our health system and this new scanner is an important addition to RPH’s medical equipment,” Mr Cook said in a statement.

Mr Sariaatmadja is a major shareholder in Emtek, which has interests in media, telecommunications and IT services, and is ranked by Forbes as one of Indonesia’s wealthiest people.

ISTIH is a Perth-based not-for-profit organization that trains health professionals via ‘train the trainer’ programs, supports foreign patients seeking healthcare and been a catalyst in creating a number of research institutes.