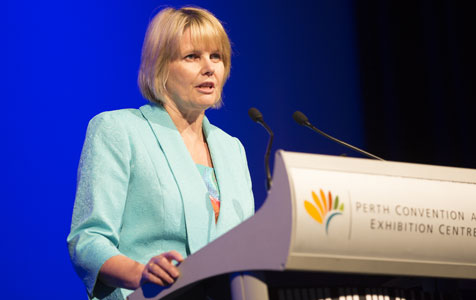 Three business lobby groups with large representation in Western Australia have presented a united front to urge the Senate to repeal both the mining and carbon taxes.

The Chamber of Commerce and Industry WA, the Chamber of Minerals and Energy, and the Association of Mining and Exploration Companies announced today they had joined forces to lobby the government to wind back the taxes.

The organisations said the business community needed a more stable political and regulatory environment, as well as a level playing field for Australia to ensure the economy remained competitive and productive.

Prime Minister Tony Abbott has made clear his intentions to repeal both taxes, while his presence on the campaign trail for the WA Senate election early next month has been promoted as an opportunity for voters to ditch “anti-WA” taxes.

Opposition leader Bill Shorten said he would vote against a repeal of the carbon tax if it meant adoption of the Coalition’s Direct Action climate change policy.

Mr Shorten has also said he supports the mining tax in principle, but would consult with industry to develop a new policy.

The lobby groups said a high fixed price of carbon would continue to damage the competitiveness of Australian businesses, which are facing increased competition from overseas suppliers not charged for carbon emissions.

“The same can be said about the poorly designed and unsuccessful mining tax, which places further burden on the mining and exploration industry and the small businesses that service them,” a statement released by CCI chief executive Deidre Willmott, CME chief executive Reg Howard-Smith and AMEC chief executive Simon Bennison said.

“The high cost of doing business is a key barrier to further investment in Australia.

“Removing these taxes will be an important way to alleviate this cost burden and restore international competitiveness.”