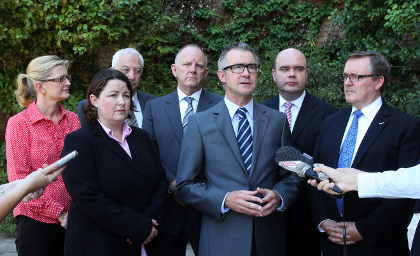 Seven Western Australian business representative groups have come together in a united front against payroll tax, urging whichever party wins next month’s state election to “lift the tax on jobs”.

According to CCI WA chief executive James Pearson, the payroll tax is an impost small businesses were never meant to pay and it has become a deterrent to hiring new staff.

Mr Pearson said both parties had acknowledged that payroll tax was a big issue for small business, but there was no clear policy response.

“We’ve said before that the payroll tax take by government over the past decade has increased from around $900 million a year to $3.3 billion a year,” Mr Pearson said.

“That’s something that government of both political persuasions has become addicted to.

“We understand they can’t kick the habit entirely. I don’t expect they’ll go cold turkey but I do expect that they’ll at least lift the payroll tax burden on small businesses.”

“We see that as important to a lot of the exploration companies in particular that are trying to access equity,” Mr Bennison said.

“Freeing up any available funds is going to help enormously.”

“The AHA believes a mechanism should be developed by which employers providing training or engaging apprentices are provided with an incentive via payroll tax relief,” Mr Woods said.