Almost 60 Western Australian businesses were declared insolvent in February 2015, an increase in the state’s share of national insolvencies compared with recent years. 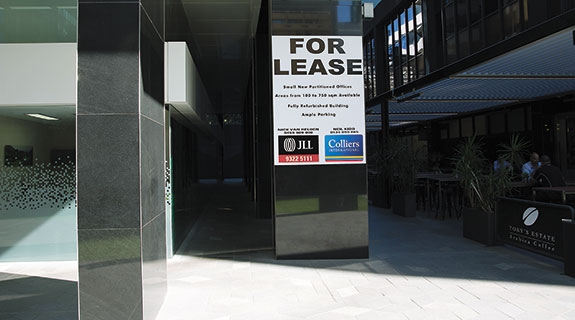 Almost 60 Western Australian businesses were declared insolvent in February 2015, an increase in the state’s share of national insolvencies compared with recent years.

At 58, the number was up from 51 in January, according to the Australian Securities and Investments Commission.

The insolvencies were matched by a small uptick in the unemployment rate for WA in February, according to the Australian Bureau of Statistics, from 5.5 in January to 5.7 per cent.

Insolvency statistics for the December quarter revealed 170 insolvencies in WA, after a spike of 238 in the three months to September.

Nationally, the December quarter total was 2003, a fall of nearly 20 per cent from September.

That meant WA was responsible for roughly 8 per cent of national insolvencies in the December period.

It marks a change reflective of the state’s recent economic fortunes, with WA’s quarterly share not exceeding 9 per cent at any time since June 2002.

By contrast, the figure was as low as 6 per cent in September 2013.

WA also experienced a lift through the GFC, with insolvencies almost doubling from 291 in the 2008 financial year to 541 in the 12 months to June 2009.

The figure of 541 was 5 per cent of the national total, with more than 10,000 national insolvencies in the 2009 financial year.

If insolvency statistics are anything to go by, the construction industry has been one of the hardest hit by slowing growth in WA.

ASIC said 11 construction businesses had shut down in February, while 10 went insolvent in January.

October was also particularly bad for the construction industry, when the total was 16 businesses.

Other industries that suffered losses in February included accommodation, with seven insolvencies, mining with five, and manufacturing with six.

The amorphous category business and personal services not otherwise classified topped the pile on 12, following 16 in January and 20 in December.