The Chamber of Commerce and Industry WA has called on the government to take action to ease the burden on business, as confidence in the state continues its downward spiral. 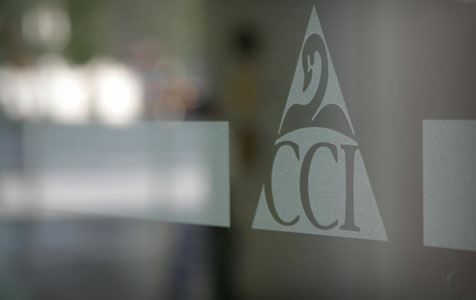 The Chamber of Commerce and Industry WA has called on the government to take action to ease the burden on business, as confidence in the state continues its downward spiral.

The CCI and Westpac released their quarterly survey of business expectations today, which showed nearly half of all respondents expected economic conditions to worsen over the next year.

Just 15 per cent of respondents expect conditions to improve.

CCI chief economist John Nicolaou said sentiment was being weighed down by a difficult operating environment, with trading conditions and exports declining during the quarter.

“While business confidence has been low for some time now, the results this quarter reinforce the challenging environment being faced by businesses as we transition away from resources-led investment,” Mr Nicolaou said.

The survey showed an increasing number of businesses were looking at scaling back operations, with capacity utilisation falling to 72 per cent in June, well below the long-term average of 80 per cent.

Just 15 per cent of survey respondents said they intended to invest in machinery or equipment over the next three months, while just 16 per cent said they would hire new staff.

Around 28 per cent said they expected to cut back on staff numbers, the CCI said.

Mr Nicolaou said labour market conditions were clearly the softest they had been for a number of years.

“While there are still some areas of the economy experiencing difficulties, overall the softer conditions have meant that businesses now have a much wider pool of candidates to choose from when filling vacancies,” he said.

“This will come as a relief for many businesses that have struggled to attract high quality candidates, which has contributed to higher labour costs.”

Wage pressures have also eased, Mr Nicolaou said, with just 23 per cent of respondents reporting an increase in staffing costs, down from 30 per cent in the previous quarter.

The cost of materials and supplies, however, remains at a high level, despite easing slightly in the quarter.

"Cost pressures continue to impact operations with input costs like rents, energy and materials, all adding to the cost of doing business and impacting the bottom line," Mr Nicolaou said.

"There is a clear need to address the cost of doing business in the state as a way of restoring confidence.

"Governments at all levels can play a role by reducing the regulatory burden and making sensible industrial relations reforms that will free up businesses to grow, increase competitiveness and employ more people."