Some in the state’s property sector are confident it has turned the corner, and are expecting further signs of improvement across 2018. 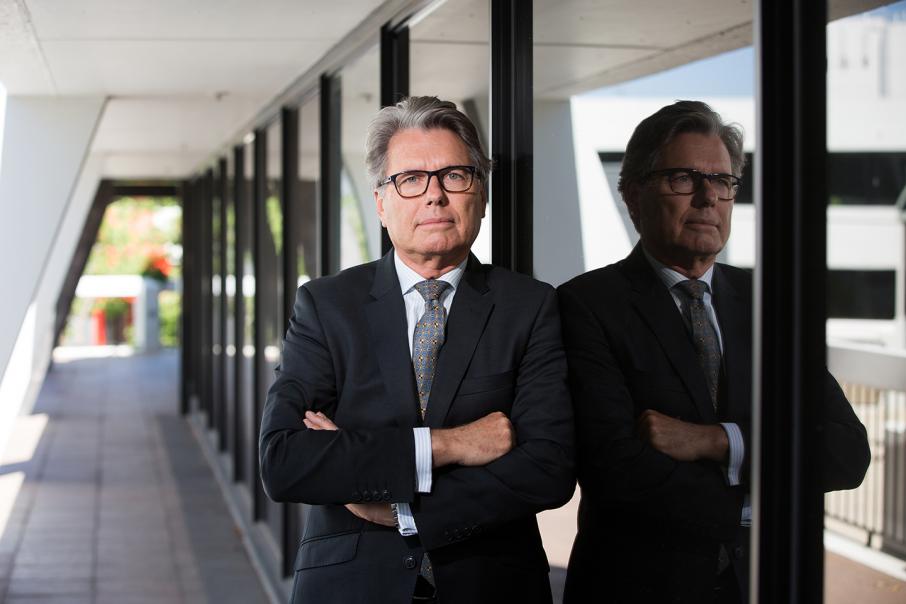 Warwick Hemsley says improved confidence for the local economy is starting to be mirrored in the property sector. Photo: Attila Csaszar

It’s no secret the property industry has been whacked by the state’s stagnant economic performance in recent years, with high vacancy rates and reduced rents prevalent across the sector.

But a more positive mood is returning, according to Hemsley Paterson chair Warwick Hemsley, who believes an increase in resources prices and an improvement in equity markets are bringing renewed business confidence to Western Australia.

“Translating that interest in the mining sector to the property market, it would be suggestive of, at the very least, a stable market going forward, maybe some pockets of improvement and reasonable confidence,” Mr Hemsley told Business News.

“It’s more about stability than big pickups in the market for 2018.”

Mr Hemsley said interstate and overseas investors had identified Perth as a value market, with residential land-based property investments near public transport and the CBD, as well as industrial service and storage areas, sectors he believed had potential for growth.

The state’s tourism industry, direct flights to London, increasing connectedness to WA’s Asian neighbours, and upcoming new precincts such as Optus Stadium, Yagan Square and Elizabeth Quay, he said, would provide a source of diversification for the economy and have a positive effect on the value of assets.

“The first thing you need for a stabilising and increasing of values is a positive economic outlook and positive consumer and business confidence; I feel that’s returning to the WA market,” Mr Hemsley said.

Savills Perth managing director Graham Postma shares that sentiment, and said he recognised the signs of an industry comeback, including recentralisation and landlords investing heavily in building refurbishments and upgrades.

“Last year will historically be viewed as the year WA turned the corner, with the first green shoots of recovery taking hold,” he said.

Mr Potsma said the number of first-round bids received at Savills’ Perth campaigns at 109 St Georges Terrace, 144 Stirling St and Coles Riverton, had exceeded those during similar campaigns in the city’s boom years.

“Demand levels are improving, and with limited new supply effective rents will start to recover, starting at the top end and flowing through to the lower grade stock over time.

“In our opinion the worst is definitely over, and the recovery is under way.”

Results from the latest ANZ/The Property Council of Australia survey, released last week, revealed WA bucked national trends in being the only state to record a positive shift in sentiment over the past quarter, after assessing results from more than 1,100 national participants.

WA executive director Lino Iacomella said confidence for WA rose from 129 to 140 index points over the past quarter, bringing the state in line to NSW and second only to Victoria.

“This is a clear sign that industry can sense an economic turnaround,” he said.

“In fact, respondents to the survey predicted a significant increase in state economic growth over the next 12 months, with expectations rising from 11 on the growth index to 40.

“Increases in expected house price growth, retail growth and a steady retirement living sector all contributed to the increase in confidence.

“The only sector to record a decline in sentiment in WA was the hotel sector, which recorded a decline in capital growth expectations.”

Of the other indices assessed, forward work schedules were steady, debt finance availability and house capital growth were positive, and state government performance was down.

Expectations for growth in staffing levels remained the lowest in the country, which Mr Iacomella said indicated it would take longer to convert industry confidence into greater numbers of new jobs.