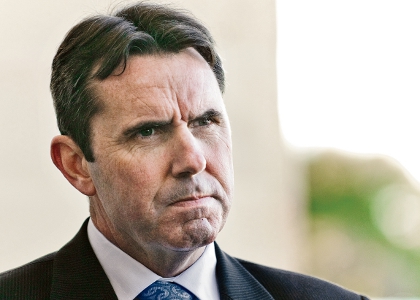 The 15 per cent domestic gas reservation policy remains a point of contention among Western Australian businesses, with local industrial users claiming a small but significant victory from the latest policy intended to provide a guide to the state government’s position.

Today’s long awaited Strategic Energy Initiative, Energy2031, released by WA Energy Minister Peter Collier, was one for the aficionados of energy policy despite the massive implications for the state as energy prices rise rapidly.

Both local major gas consumers, represented by the DomGas Alliance, and producers, which mainly fall under the banner of the Australian Petroleum Production & Exploration Association, were most excited by what they called clarifications in the gas reservation policy.

Their views were presented against a backdrop of a rapidly changing energy market.

The producers and local users both recognise the impact of sudden North American domestic gas supplies on the price of energy – with the advent of huge amounts of unconventional production potentially turning the US into a net energy exporter.

Unconventional gas – from shale and coal-seam projects – has pushed US domestic prices to a fraction of what they were just two to three years ago. The US is weighing up whether to allow the gas to be exported due to the boon the cheap energy is to its recession-hit economy.

Western Australia has significant potential to develop similar unconventional gas fields onshore, a point recognised by industry and the Energy2031 document. APPEA suggests onshore fields might hold twice as much gas as offshore.

WA LNG exporters are warily watching this development and the potential it has to hit their markets. But they are also opposed to being forced to supply gas to domestic users, especially if they might find themselves competing against a flood of local unconventional gas in the medium term.

In contrast, gas consumers believe the US example shows that domestic gas reservations can influence prices and reduce the cost of energy.

But this potential impact of unconventional gas is, as yet, unproved and efforts to replicate US techniques to unlock onshore gas have yet to produce significant commercial levels of production.

In the interim, local energy users want security of supply. They can deal with cheap abundance if it ever eventuates. It was clear the DomGas Alliance was most pleased with what it called a tightening of the state’s domestic gas reservation policy to reduce the amount of potential escape clauses and general vagueness that previously existed.

It noted the new policy simply stipulated that LNG producers were to supply domestic gas equivalent to 15 per cent of LNG production; a more precise target than the previously used goal of up to 15 per cent.

DomGas chairman Tony Petersen also highlighted the requirement for LNG producers to develop the necessary infrastructure as part of the approvals process and that local market supplies should coincide with the start-up of LNG production.

Previously, the policy allowed LNG producers to leave domestic gas production start to occur at any time in the project lifetime.

Mr Petersen also welcomed the fact that LNG producers had been given more options in the way they might meet their domestic gas obligations, such as swapping gas with other projects.

APPEA was less enthusiastic with the Energy2031 vision, focussing on the fact that the strategic energy initiative acknowledged the limits of government policy in attracting the investment required for development.

In fact, APPEA is concerned that offshore gas forced onto the market might threaten the development of onshore gas fields.

The producers highlighted the fact that there was the potential for significant volumes of onshore gas to become available at a time when six offshore gas projects will be due to compete in the domestic market around 2018.