A successful year for GMO Business Sales masked what was an otherwise quiet year for brokers across the state. 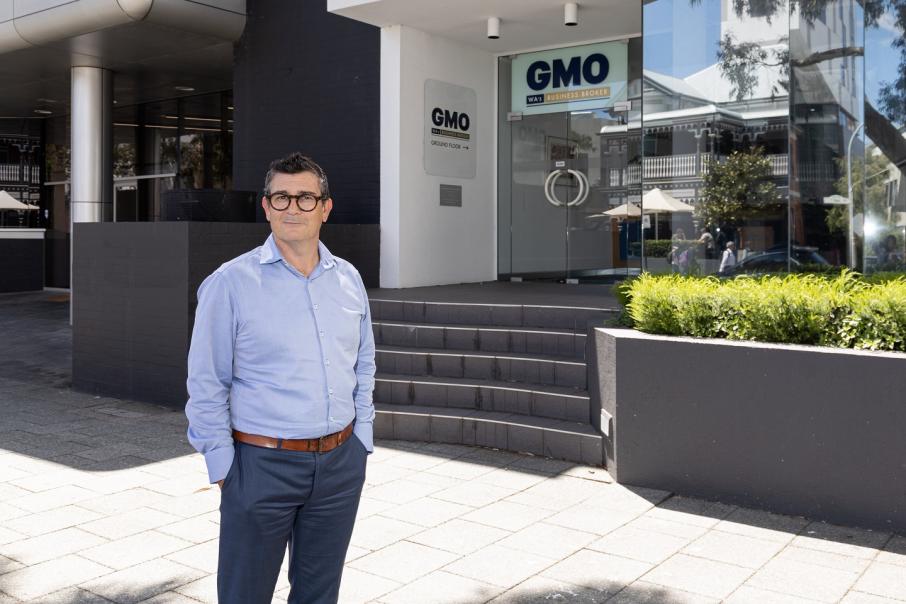 Damien Newnham says there is an appetite in the market for growth via acquisitions. Photo: Gabriel Oliveira.

A successful year for GMO Business Sales masked what was an otherwise quiet year for brokers across the state.

GMO Business Sales has maintained its position atop BNiQ’s list of business brokers, outperforming many of its competitors in what has been a difficult operating year for some brokers in Western Australia.

Ranked by registered brokers employed in WA, GMO came out on top with 21 brokers, ahead of its nearest competitor, Ascend Corporate with 9 brokers (click here to see list).

GMO specialises in manufacturing, resources services and hospitality, and managing director Damien Newnham told Business News he had seen a preference in the past year towards large business acquisitions.

Mr Newnham attributed that in part to the Financial Services Royal Commission, which he said made smaller transactions less appealing, and the retirement of baby boomers who owned small businesses and delayed selling due to the GFC.

“A lot more people with sizable SMEs have decided now is the time to exit, which has opened up opportunities,” he said.

“We’ve managed to make more large transactions in excess of $5 million this year than we have in the preceding four or five years.”

GMO’s performance in the past year appears to be an outlier, with other businesses either losing brokers or expressing discontent with the market.

Having lost six brokers in the past year, Performance Business Sales managing director Russell Lyon had previously told Business News he believed the market would improve at the start of 2019.

Despite Gunnink & Company Business Brokers moving from 10th to eighth place on the list, founding director and principal Jan Gunnink said subdued prices in the market made operating harder than in the past.

While he did note a positive shift in the past three months with a noticeable uptick in buyers making offers, Mr Gunnink said it would take another five months before he considered the market to be in recovery.

Noting that many older brokers had left the industry in the past seven years, Mr Gunnink anticipated he would stay in the business for years to come.

“To grow the business is very hard to do as you are depending on smart, good young brokers willing to tough it out for a while,” he said.

“I have met a few of these brokers last year and this year and will see what’s going to happen in the next 12 months.”

NGBB director Neville Roediger echoed those comments, with his business having dropped from fifth to ninth place on the list.

NGBB specialises in newsagents and lotteries kiosks, and Mr Roediger told Business News the loss of a broker had little impact on the company, attributing it to natural attrition.

However, despite having sold one business for $1.6 million earlier this year, Mr Roediger said the past 18 months had been lacklustre both for NGBB and the brokerage market generally, and attributed the market’s sluggish performance in the run-up to this year’s federal election to a loss of confidence among potential buyers.

With lottery commissions due to increase in December, however, he anticipated greater interest in owning newsstands and kiosks as the year progressed.