Business borrowing back at pre-GFC peak

Western Australian businesses borrowed more last year than at any time since the GFC, with commercial finance up 14.9 per cent to $44.8 billion on the previous year’s figure, according to recent data from the Australian Bureau of Statistics. 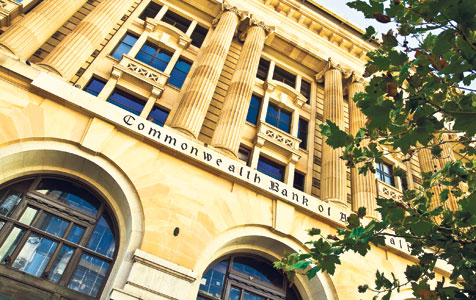 BANKING ON AN UPTURN: Businesses are borrowing heavily.

Western Australian businesses borrowed more last year than at any time since the GFC, with commercial finance up 14.9 per cent to $44.8 billion on the previous year’s figure, according to recent data from the Australian Bureau of Statistics.

In monthly terms, December posted the highest total of commercial loans on record, at $5.3 billion.

Finance for construction was particularly strong, with almost $300 million loaned during December to hit $3 billion for calendar 2014.

This compared with only $92 million in lending in December 2013. July was the strongest ever month for the construction industry, with more than $500 million in loans issued.

CommSec economist Savanth Sebastian said a nationwide increase in lending finance commitments was encouraging, particularly given that lending lifted across the commercial and residential space in December.

“The only area of weakness was personal borrowings,” he said.

“Overall there are signs that businesses and consumers are tentatively embracing cheap financing.

“Business conditions are healthy and the recent strength has translated through to a lift in business borrowings.

“And, hopefully in the case of business, some of the extra dollars are being put to work in new investment, in turn leading to the hiring of more staff.”

For WA, the performance in personal finance was more muted, up only 1 per cent and below the level of inflation, to $12.9 billion.

Personal finance for motor vehicles reflected a year of stalling sales, down 6.9 per cent for the year to $1.9 billion.

The news wasn’t all bad, however, as boats, caravans and trailers were up a modest 2.1 per cent to $97.5 million.

Financing for residential blocks of land was up 2.6 per cent to $1.6 billion and household goods up 4.9 per cent to $356 million, suggesting Western Australians are borrowing for new homes and appliances to fill them, rather than cars.

Operating lease finance, a smaller portion of the market, was down 37.5 per cent for the calendar year, at just $285.4 million, with motor vehicles again leading the fall, down 13.5 per cent to $17.4 million.

Motor vehicle sales were up 7.2 per cent to $151.5 million for the year, although that was still substantially below the $263.9 million high set in calendar 2012.