Western Australia's only onshore oil producer has suspended production after being hit by the low oil price and the high cost of trucking its output to Wyndham rather than the much closer port at Broome. 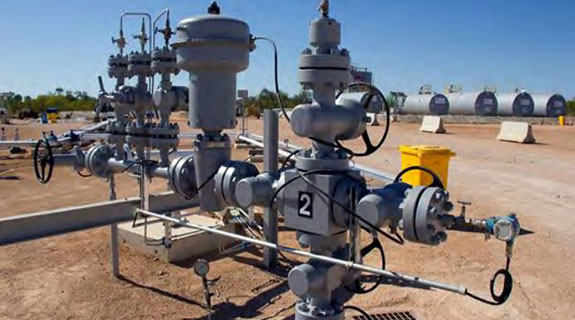 Buru has suspended operations at Ungani so it can find a more cost-effective export route.

Western Australia's only onshore oil producer has suspended production after being hit by the low oil price and the high cost of trucking its output to Wyndham rather than the much closer port at Broome.

In a statement today, Buru Energy said it had agreed with its joint venture partner Mitsubishi Corporation to suspend production from Ungani field in the Canning Basin after completing a contracted sale of crude to an Asian refinery, which will be wrapped up by next week.

“During this suspension period the joint venture intends to move to a more cost effective export route than the current arrangements through Wyndham,” the company said.

It listed the depressed oil price and the encroaching wet season as the main reasons for deciding to suspend production.

The company has made it clear in the past that exporting from Broome was its preferred and cheaper option.

Buru exports crude out of the Wyndham port, located near the border of the Northern Territory, despite the Ungani oilfield being within 150 kilometres of Broome.

"The great thing about Broome is the port has extensive existing facilities," Mr Wulff told an official company interview.

“Before we export from Broome we need to find a storage solution for Ungani crude.

“Apart from that, there is really nothing else that needs to be done.

“The wharf and port are already used for large volumes of petroleum products and the previous Canning Basin oil production all went through Broome.”

Buru began test production at Ungani in 2012 with first oil shipments reaching the port at Wyndham in December 2013.

The project officially began commercial production in July last year, ramping up to 3,000 barrels of oil per day.

Buru shares were 4.3 per cent lower to 22 cents each at the close of trade.