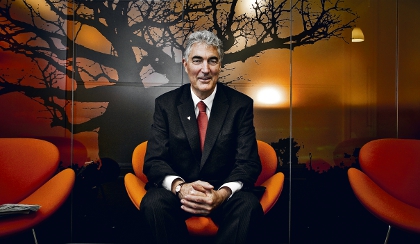 Perth-based oil and gas junior Buru Energy has extended its gas supply agreement with Alcoa by one year, giving it more time to establish sufficient reserves to commence supply of the gas.

The gas supply agreement requires Buru to supply Alcoa with 500,000 terajoules of gas from discoveries made in the onshore Canning Superbasin in the Kimberley.

Buru now has until January 1, 2013, to find enough gas to fulfil its obligations.

Alcoa has already made a $40 million prepayment for gas to be delivered under the agreement.

If Buru does not prove up the reserves to supply Alcoa with sufficient gas as per the agreement, it would have to repay Alcoa in three annual instalments, commencing December 31, 2013.

Buru said it was holding $23.2 million in escrow to potentially put towards the repayment.

“We are extremely pleased that Alcoa has extended the term of the gas supply agreement,” executive director Eric Streitberg said.

“The company has had significant success in its 2011 exploration program so far, with a number of major discoveries.

“The extension of this agreement by Alcoa is a vindication of our hard work and a further endorsement of the prospectivity of the Superbasin.”

Mr Streitberg said the agreement would underpin construction of the company's Great Northern Pipeline, which will enable the delivery of gas from the basin.