New industrial projects planned for the Burrup Peninsula will need to co-exist with the area’s heritage features. 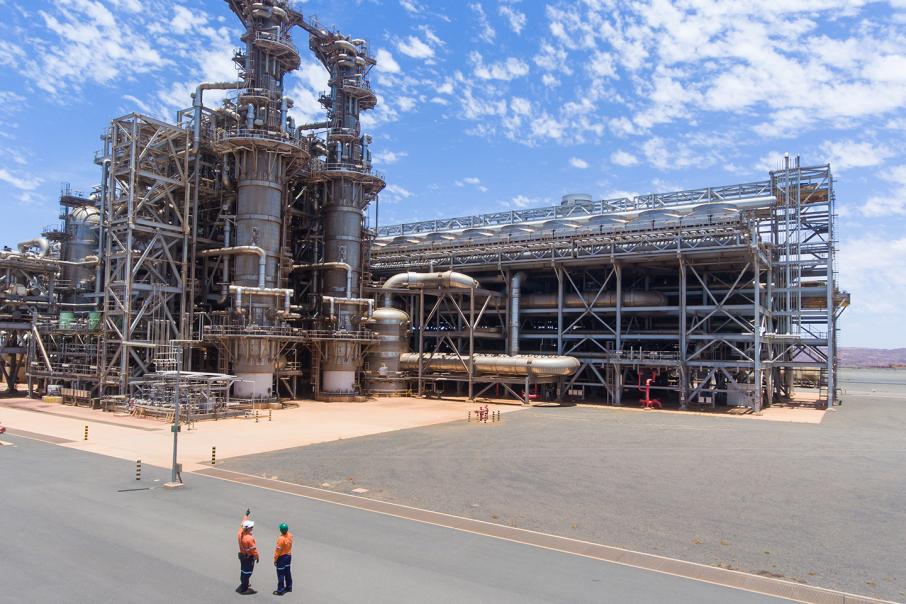 New industrial projects planned for the Burrup Peninsula will need to co-exist with the area’s heritage features.

Major gas processing projects earmarked for the Burrup Peninsula have gained momentum over the past month.

It has also started the environmental approvals process for the 2 million tonnes per year urea plant, which it wants to build on adjoining sites in the Burrup industrial area.

Perdaman is targeting the end of 2019 or early 2020 for the start of construction, pending environmental approvals.

It expects the project will generate 2,000 jobs during the three-year construction phase and 200 permanent positions during its operations.

A consortium led by Wesfarmers Chemicals, Energy and Fertilisers (WesCEF) is heading down a similar path, albeit at a much earlier stage.

The Wesfarmers consortium is currently undertaking pre-feasibility studies for a methanol plant.

It recently signed an option to lease land in the Burrup industrial area and has started the environmental approvals process with the EPA.

The sites earmarked for the Perdaman and Wesfarmers projects are next to two existing gas-processing projects – a liquid ammonia plant and an ammonium nitrate plant, both run by Norwegian company Yara International. 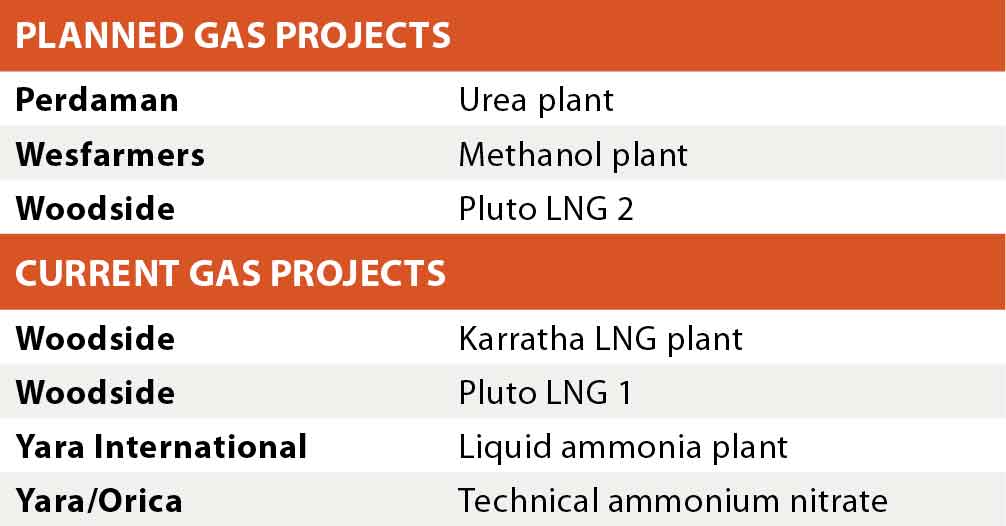 As part of its Burrup hub plan, it also wants to build a pipeline to link the Karratha and Pluto gas plants, boosting efficiency and flexibility.

This would support Woodside’s plans to process gas from the Browse and Scarborough gas fields, and from third parties such as Chevron’s Clio and Acme gas fields.

Collectively, these gas-processing projects signal a major expansion of industrial activity on the Burrup and an extension of their operating life.

The state government supports new investment in the area.

Last month, Perdaman said the government had committed to undertaking work to amalgamate two sites reserved for its plant, and stated its intention to work with Perdaman’s technical team to facilitate access to common-user infrastructure and the port.

A spokesperson added that Perdaman had a formal commitment letter from Pemier Mark McGowan for site C and site F for development of its project.

Only three months ago, Mr McGowan said the government would start the nomination process for the Burrup and surrounding areas to attain a Unesco World Heritage listing.

This came with formal support from traditional owners, through the Murujuga Aboriginal Corporation.

The Unesco process comes 11 years after the Burrup was placed on the National Heritage List, in recognition of its cultural and archaeological significance.

The peninsula is home to the world’s highest concentration of rock art engravings, or petroglyphs, which are thousands of years old.

Mr McGowan has talked up the potential benefits of a listing.

“World Heritage listing represents a game-changing opportunity for tourism in the Pilbara and Western Australia, bringing international awareness of the Burrup, its incredible rock art and Aboriginal culture,” Mr McGowan said in August.

“We expect many new jobs would be created as a result.”

Any tourists who brave the hot weather in the Pilbara to view the Aboriginal rock art may get a surprise, as many of the engravings are on hills overlooking the Burrup industrial area.

As well as the visual impact, there is concern the cumulative impact of gas emissions may have an adverse effect on the rock art.

Conservationists have suggested any future industrial projects in the area should be at the Maitland industrial estate, located further inland.

The premier believes the tension between competing activities can be managed.

“Industry, the environment and indigenous culture already co-exist on the Burrup, and this will continue with the World Heritage listing,” Mr McGowan said.

A spokesperson for the premier said the government’s support for Perdaman was contingent on the project being granted all the required environmental approvals.

“We have made this clear to Perdaman,” the spokesperson said.

“The project will be subject to extensive environmental assessment processes at the state andc levels, which will consider Aboriginal cultural heritage.

“This is an independent process.”