Burning the perceptions of progress

There’s progress and there’s progress. The opportunities for women in business have grown significantly during the past 30 years, aided by laws, societal changes and individuals who broke through barriers.

The opportunities for women in business have grown significantly during the past 30 years, aided by laws, societal changes and individuals who broke through barriers.

Yet there are those who flinch at what has been achieved. They are concerned that change has been too slow, that discrimination is still there in a different guise, and that the next generation has become too complacent.

But by any key measure, progress has been made.

The strongest is in government, areas traditionally dominated by women such as health and medicine, and, notably, small business.

But many argue this is not enough. More than 60 per cent of government employees are women yet their numbers in management barely reaches one third.

In big business and the corporate sector it is worse.

In WA, there are only 75 or so female directors of listed companies, out of about 3,000. CEOs can be counted by the handful.

Jacquie Hutchinson, from UWA’s Consortium for Diversity at Work, said that, given the level of education and the experience of women in the workforce, something was stopping them.

“You could argue the issue 30 years ago. Those conditions no longer exist.”

Ms Hutchison said a lot of boards were focused on the financial and what they considered the technical side of business, areas where the pool of women was quite small.

“Groups don’t choose people unlike themselves. When you look at boards, they are clubs,” she said

Sydney-based Women on Board executive director Claire Braund agrees, pointing out that Australia is falling well behind other countries.

“Women are not sexy anymore,” Ms Braund said. “It is now climate change and the environment.”

Reclaim Industries Ltd chair Libby Lyons is another who thinks women are under-represented.

“Sadly I don’t think there are enough women on boards,” Ms Lyons said.

“I don’t think that women can bring more to a board, I think they just tend to look at situations differently to men.”

But there are the positives.

The advancement of women in mining, a traditionally male field, has accelerated as companies have discovered the business benefits of a mixed workforce.

Long-term mining executives like Kate Hobbs, Maureen Muggeridge and Joanne Farrell, who feature in these pages, all believe there is a crop of women set to emerge in leadership roles in the medium term.

Others, however, like Professor Leonie Still, believe the next generation may find their dreams are harder to meet than they expect because only part of the discrimination minefield has been cleared so far.

A good example is the law.

Often cited by women as a good example of a career path favoured by women, a survey of Perth’s top 10 law firms shows the penetration of women at partner or special counsel level remains limited, with an average of just 14.6 per cent in these top professional positions are female. The stand out was Deacons, with seven women among its 16 Perth partners.

The issue that sits there is family. Almost every woman interviewed by WA Business News for this feature had children and was proud of this fact.

But they acknowledged this was an additional burden, made easier for more recent achievers by better laws, more friendly workplaces, more helpful partners and societal changes.

Ask almost any female executive what policies the government should look at and most will cite childcare and maternity leave as the priority. Few could believe this issue was ignored in the recent federal election and that the Rudd government did not have a policy to implement in this respect.

Education of young women to prepare them for the workforce and leadership were also raised as issues.

Company director Eva Skira was one who believes women have to make it to the top through their own skills, ability, performance and drive. Ms Skira notes the current resources boom ought to assist that.

“In a full employment economy where demand for skills and services outweighs supply, then gender issues of the past decline and fall away,” she said.

It was common for women who’d had children to do consultancy work when their family was young because it offered more flexibility.

Even the CEOs of listed companies spoken to by WA Business News were running very lean operations, which reflected a small business environment.

The flexibility of small business is not just anecdotal. The high proportion of female ownership reflects this option is often chosen by women as a way of balancing work and family.

“It is much tougher to get ahead as an employee who wants to have a family, for example, than as a business owner who calls their own shots,” Bookstop owner Kirstin Butcher said.

Many of these small businesses grow into something bigger.

Perhaps this generation of small business owners, gaining all the profit and loss experience they need – along with their female perspective of markets, consumers and governance – will populate the boardrooms of the future. 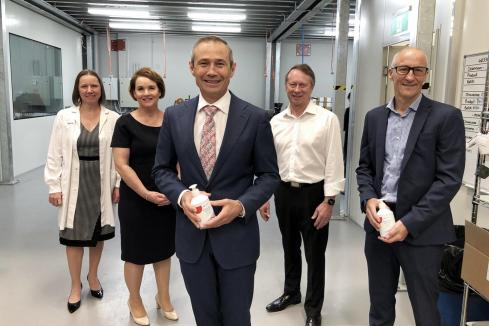